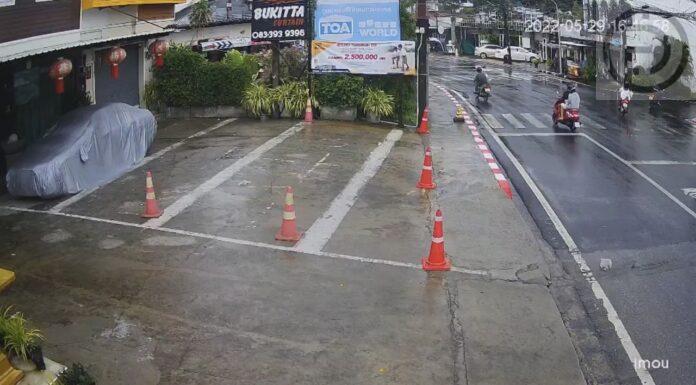 Phuket police have told local media they have already identified a suspect who was riding on a motorbike and allegedly snatched a gold necklace worth more than 30,000 baht from a motorbike passenger in Phuket Town last month. The story has been brought back by social media again as the suspect is still on the run.

On Monday, (May 30th) Mr. Wutichai Timkaew, 33, filed a report to the Phuket City Police.

This week, social media netizens have expressed concerns that police have been unable to catch any suspects. The Phuket Provincial Police issued an announcement yesterday (June 14th) saying that they have already identified the suspect. An arrest warrant is to be issued soon.

However, The Phuket Express notes police stated it was too early to publicly identify the suspect. 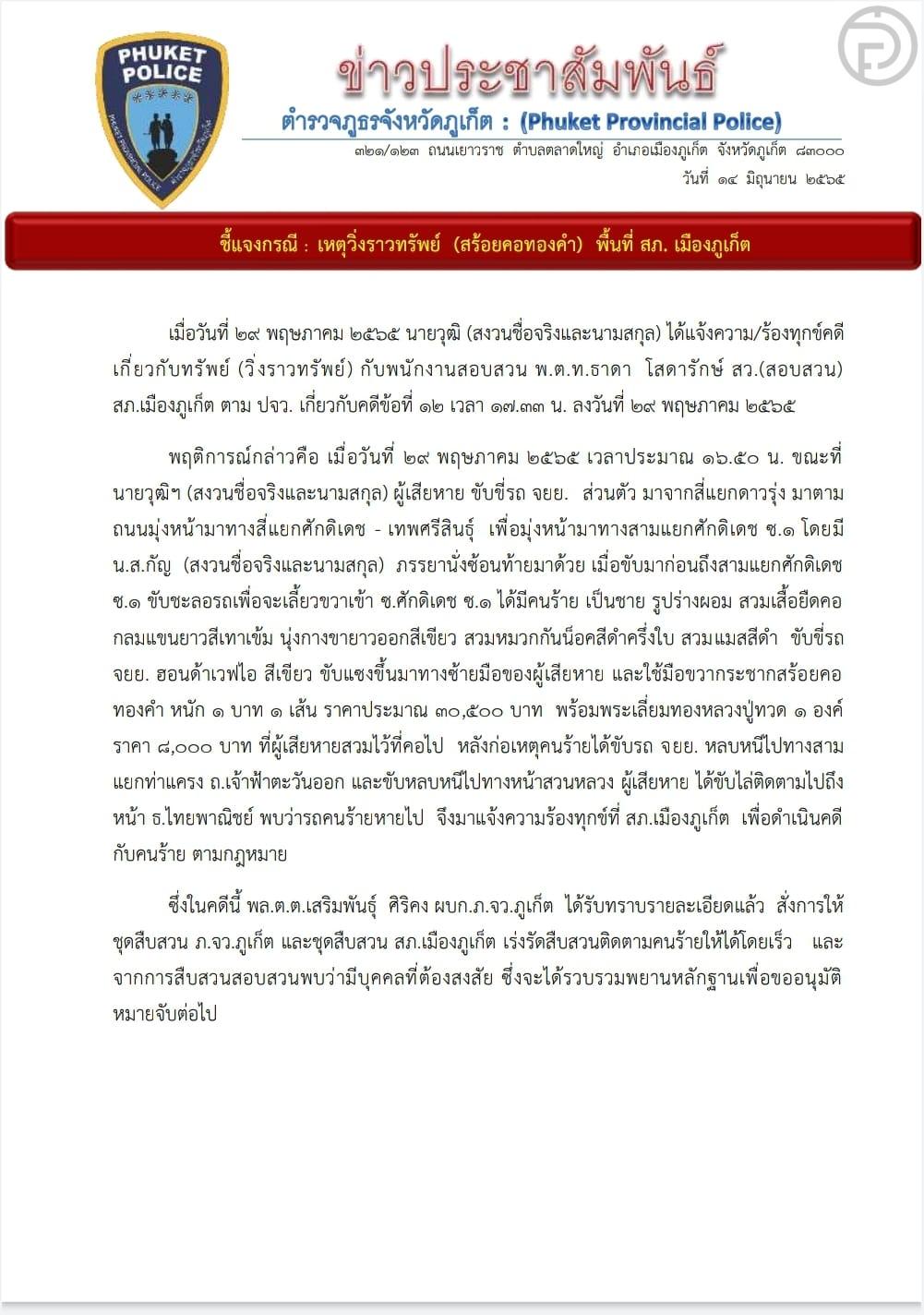