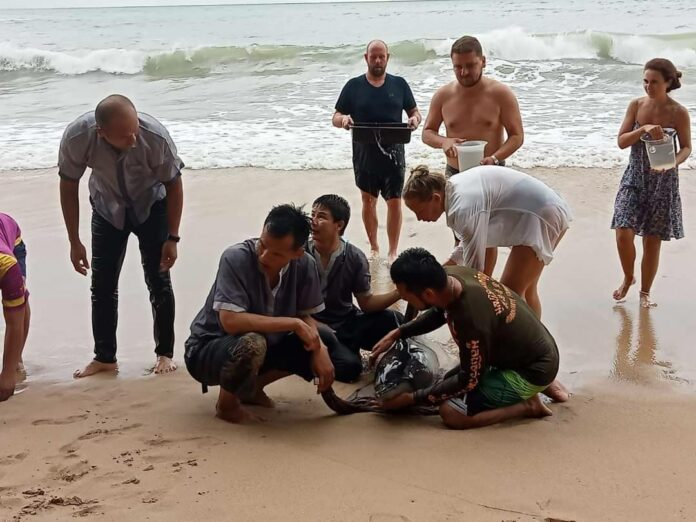 An injured dolphin has been taken to Phuket for treatment after being washed up on a beach in Phang Nga yesterday (June 10th).

The Royal Thai Navy based in Phang Nga was notified from a hotel in the Takua Pa sub-district, that a dolphin was found on the Khao Lak Beach.

Officials from the Sea Turtle Conservation Center at the Royal Thai Navy and from the Khao Lak – Lamru National Park quickly arrived at the beach. 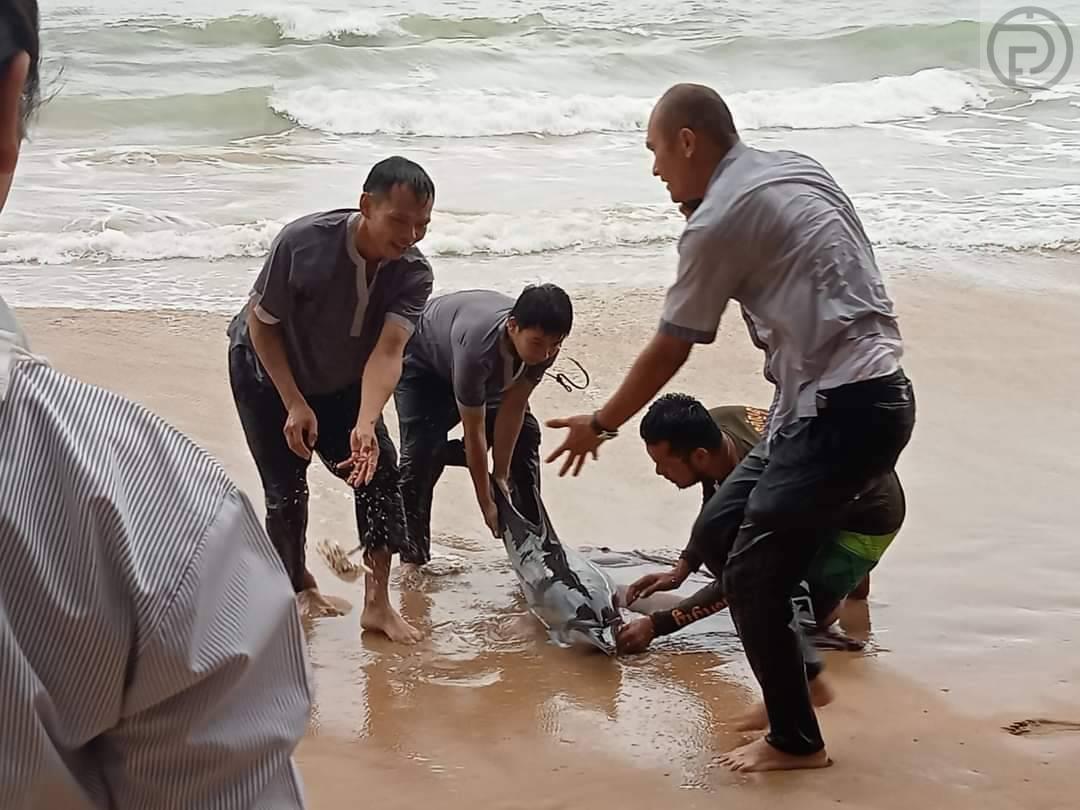 The dolphin which is still alive as of press time is 1.5 meters long. The dolphin has injured its mouth. It is believed that the dolphin had been washed up on the beach by strong waves before hitting some rocks. 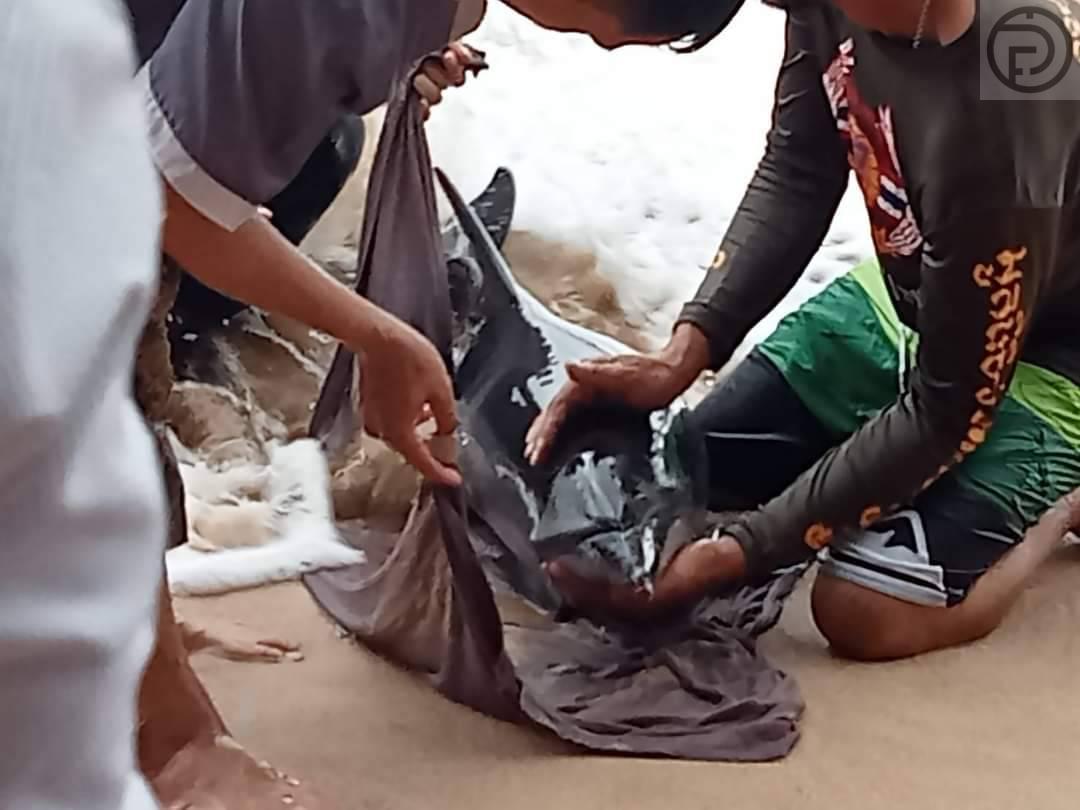 The dolphin was taken to the Phuket Marine Biological Center in Cape Panwa, Wichit sub-district, Mueang Phuket district for treatment.

This is the second dolphin washed up on a beach in the Khao Lak area this month. A dolphin has been taken to Phuket for treatment after being washed up on a beach in Phang Nga on June 4th.