A three-year-old girl died after allegedly being assaulted by her stepmother and father in Chalong.

The news was revealed to the press today (June 8th). The Region 8 Police Commander Lieutenant Colonel Amphon Buarabphon told the Phuket Express, “The Chalong Police were notified from the Chalong Hospital on Sunday (June 5th), 2022 that a three-year-old girl has been pronounced dead.”

“Her father, Mr. Wanwichai Teanhom, 28, told police that his daughter vomited and became tense. He took her to the hospital on Sunday (June 5th) but she tragically passed away. An autopsy was conducted and in total 23 bruises were found on her face and her body which the coroner stated was caused from solid items and blunt traumatic impact about one to two weeks before she was pronounced dead. The cause of death in the girl was bleeding inside her stomach after her intestines were bruised,” Lieutenant Colonel Amphon explained.

“The Chalong Police continued their investigation. Police have confirmed that the three –year-old was assaulted by her stepmother Ms. Wanwilai Saneang, 28 and her father Mr. Wichai Teanhom, 28,” Lieutenant Colonel Amphon added.

“Yesterday, (June 7th), an arrest warrant from the Phuket Provincial Court has been issued for both of them. They are facing charges of assaulting another person to death while Ms. Wanwilai is facing additional charges of assault to others causing mind and bodily harm. They were arrested by the Chalong Police today (June 8th),” Lieutenant Colonel Amphon noted.

The suspects had not immediately made a public statement upon their arrest and it was unknown if they had secured legal representation. 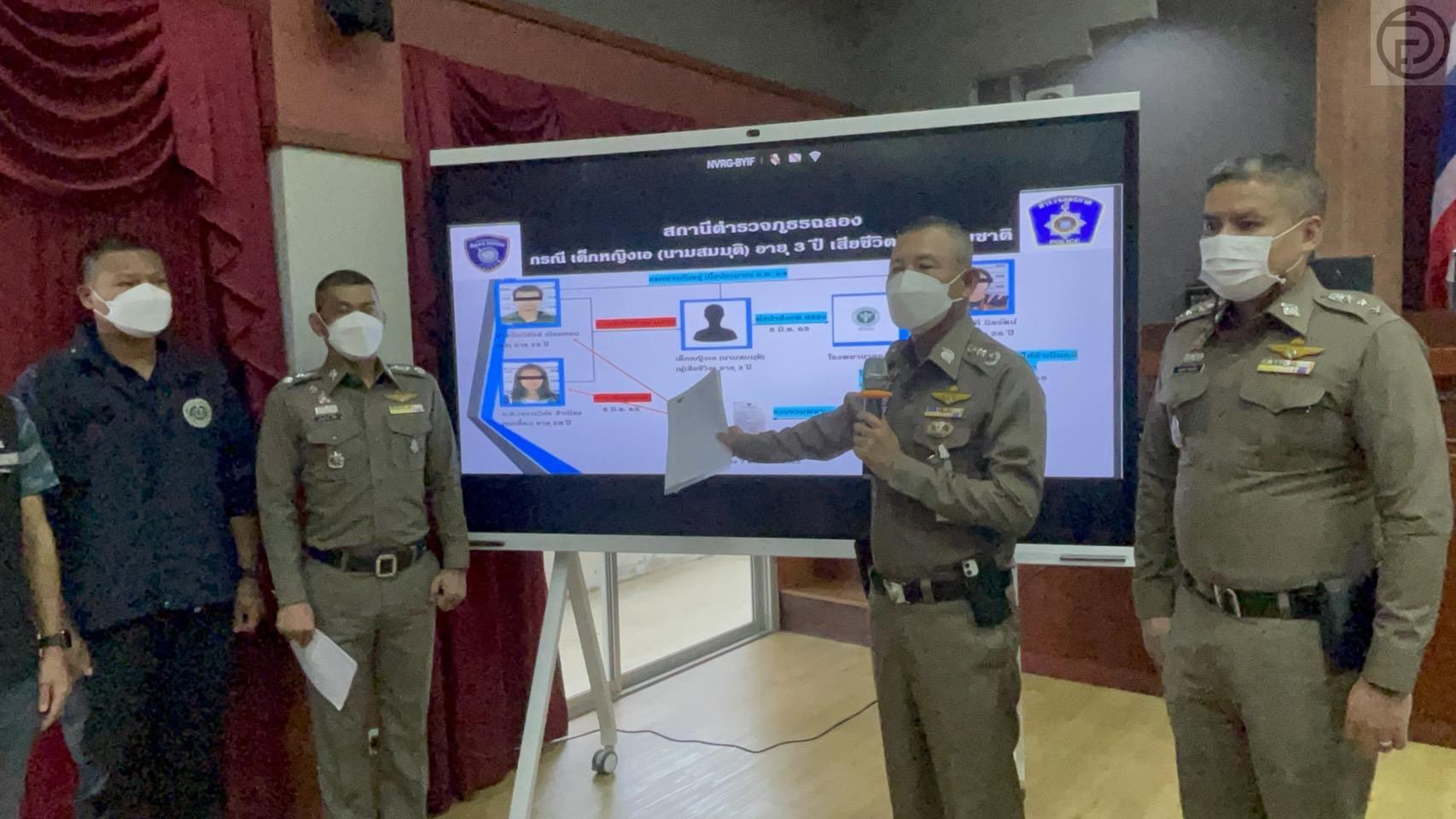