A 47-year-old man was found dead after he was reportedly swept out to sea by a wave while he was fishing near a beach in Thalang yesterday (June 5th) and was found today (June 6th).

They arrived at the scene to find a woman who was crying at a gargantuan rock. A Myanmar woman, whose name was not released to the press, told rescue divers that her boyfriend, Mr. Sakkarin Bulan, 47, had been fishing on the massive rock.

She was sitting there watching him when suddenly a large wave swept him away into the sea. She immediately grabbed his hand and tried to pull him up but he fell. He was swept away by a big wave again before disappearing into the sea. A search started after 3:30 P.M. yesterday until 7:00 P.M.. The search was stopped due to strong waves and nightfall. 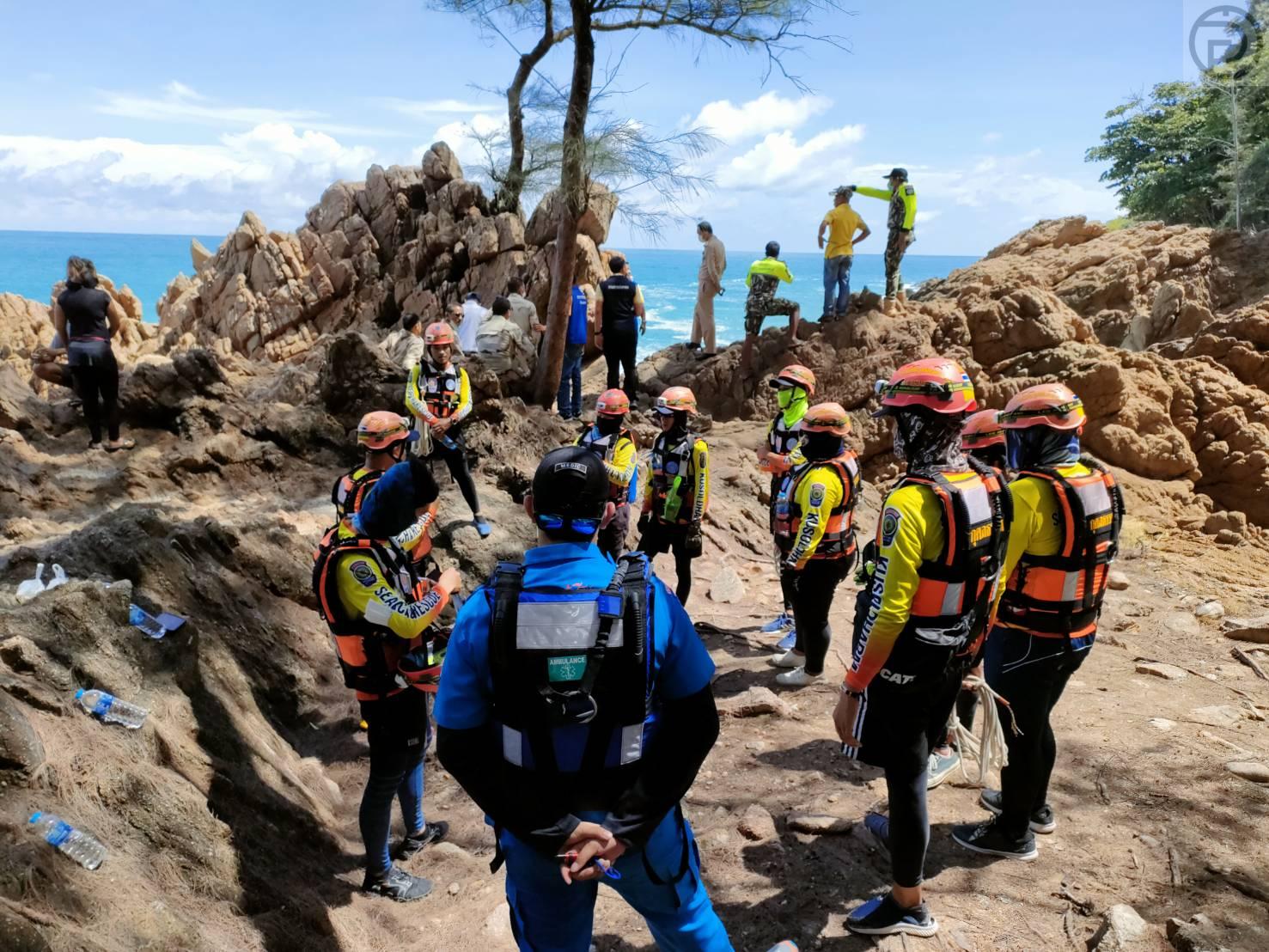 Rescue drivers went out into the sea again this morning (June 6th) with two boats and a jet-ski, searching around various large rock formations. At 12:20 P.M. the body of Mr. Sakkarin was found between several massive rocks 300 meters from where he was last seen. 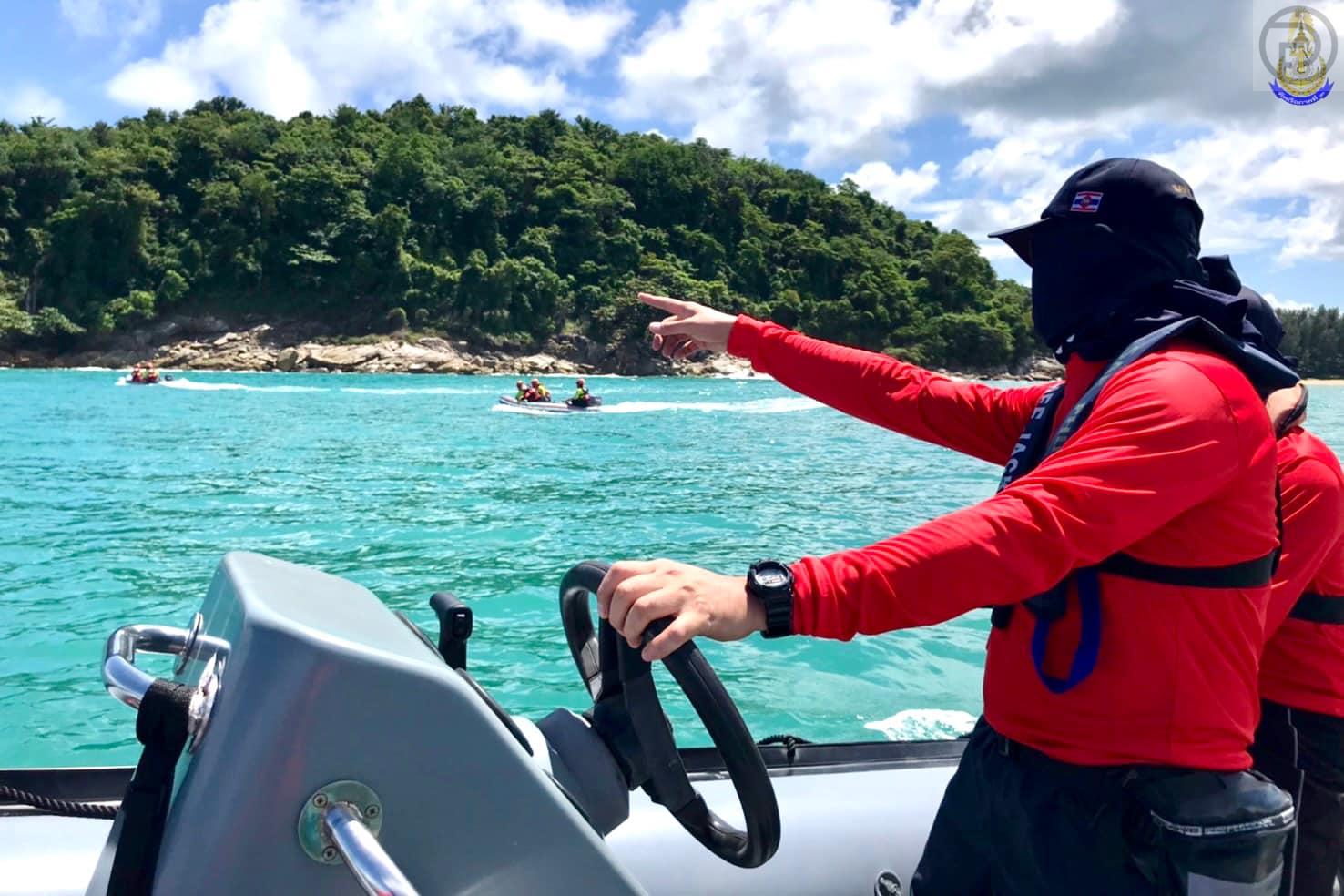 His body was recovered from the sea which took more than two hours. The Myanmar woman has confirmed he was her boyfriend who was swept away by waves. His body was taken to a local hospital. 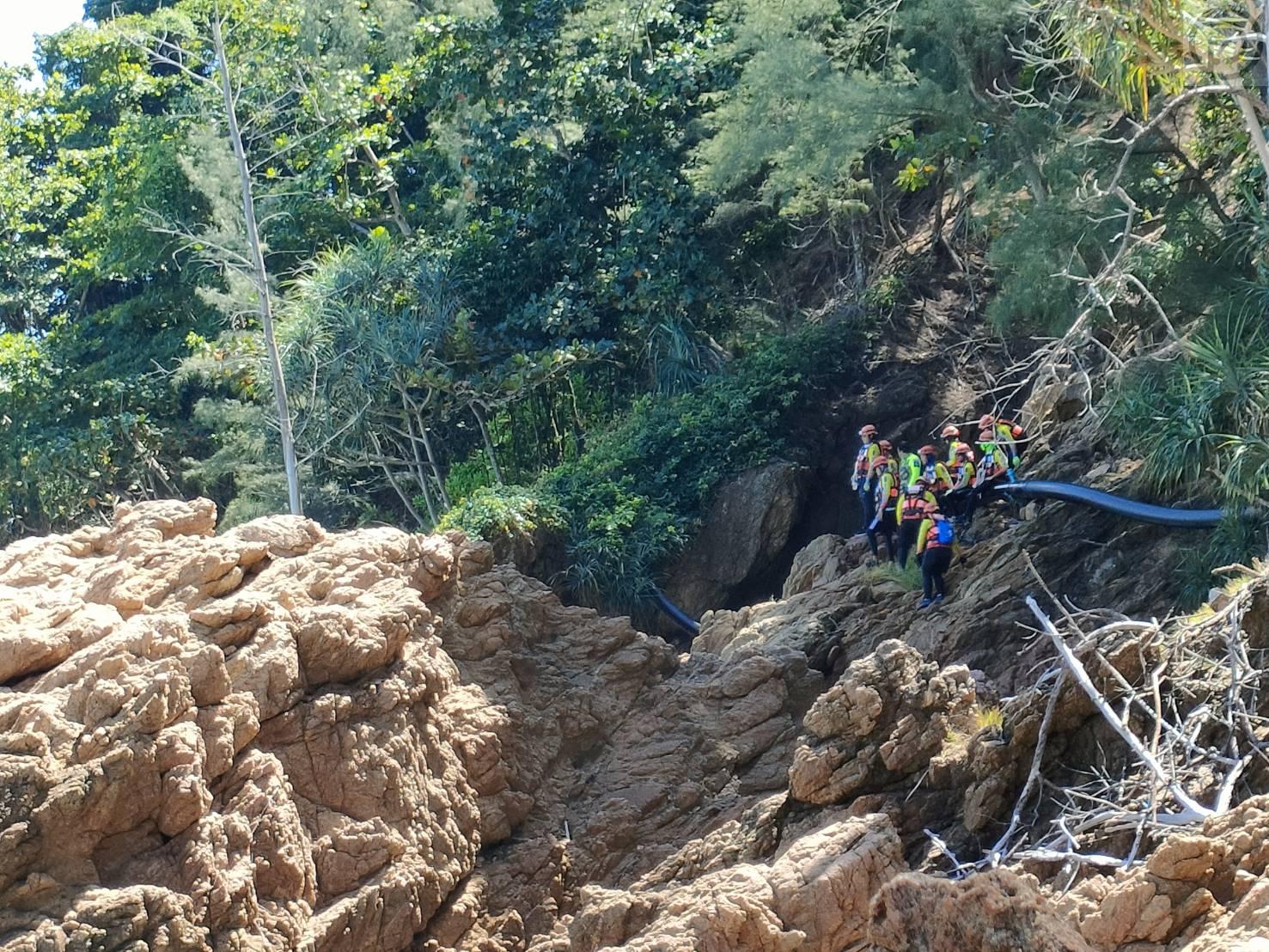