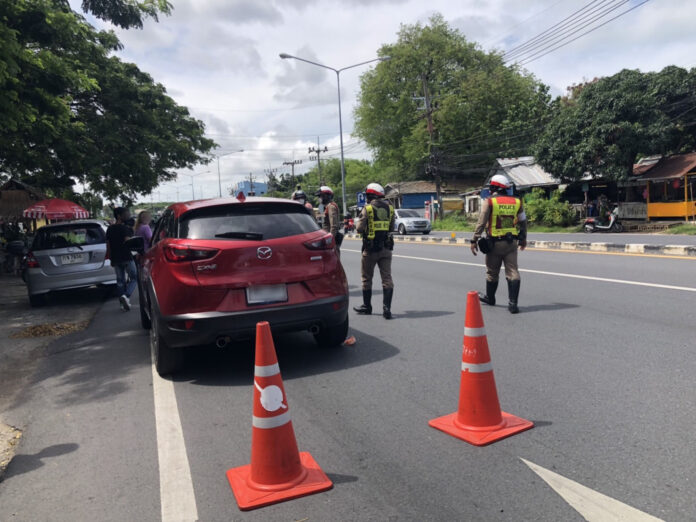 A drug suspect who allegedly tried to escape from Rawai law enforcement has been arrested with two methamphetamine pills after police shot out one of the suspect’s vehicle’s tires on a busy road in the Rawai sub-district, Mueang Phuket district Friday afternoon (June 3rd). 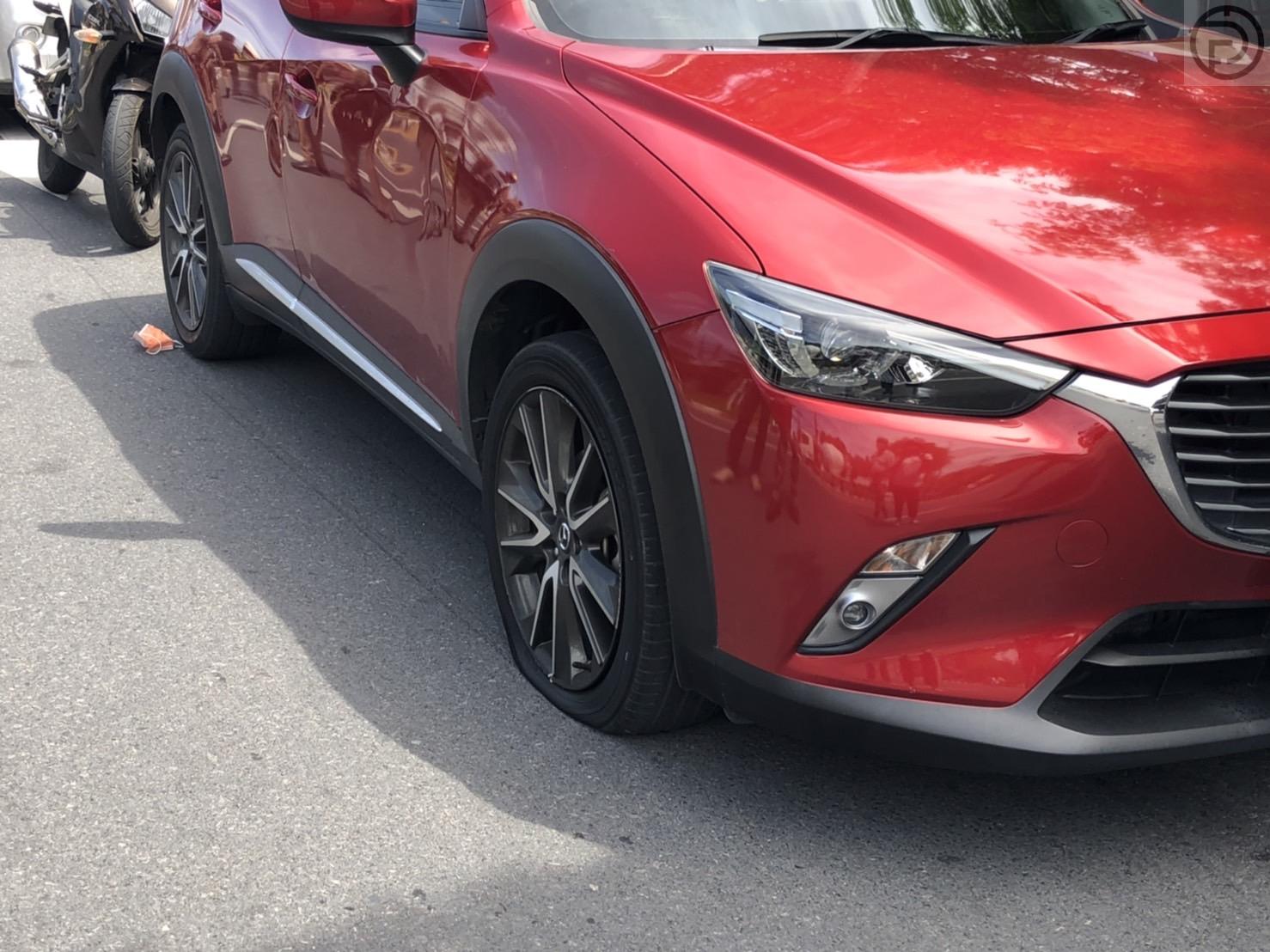 The Chalong Police reported that the Chalong Patrol Police was notified at 2:00 P.M. on June 3rd that a drug suspect’s car departed from the Thai Mai community which is an area considered “high-risk” by Chalong law enforcement for drug contraband.

Chalong Police chased after the SUV and asked the driver to stop for a random inspection at the Sai Yuan Intersection on Wiset Road. The driver refused to cooperate and reportedly sped up north to the Chalong Circle before heading to the Karon sub-district, attempting to head to Rawai.

When the SUV arrived in front of the Rawai Tambol Health Hospital, police blocked the SUV by stopping other vehicles on Wiset road. The red SUV, however, was still trying to escape. Police opened fire at the SUV’s tire, causing it to flatten and therefore be unable to flee. 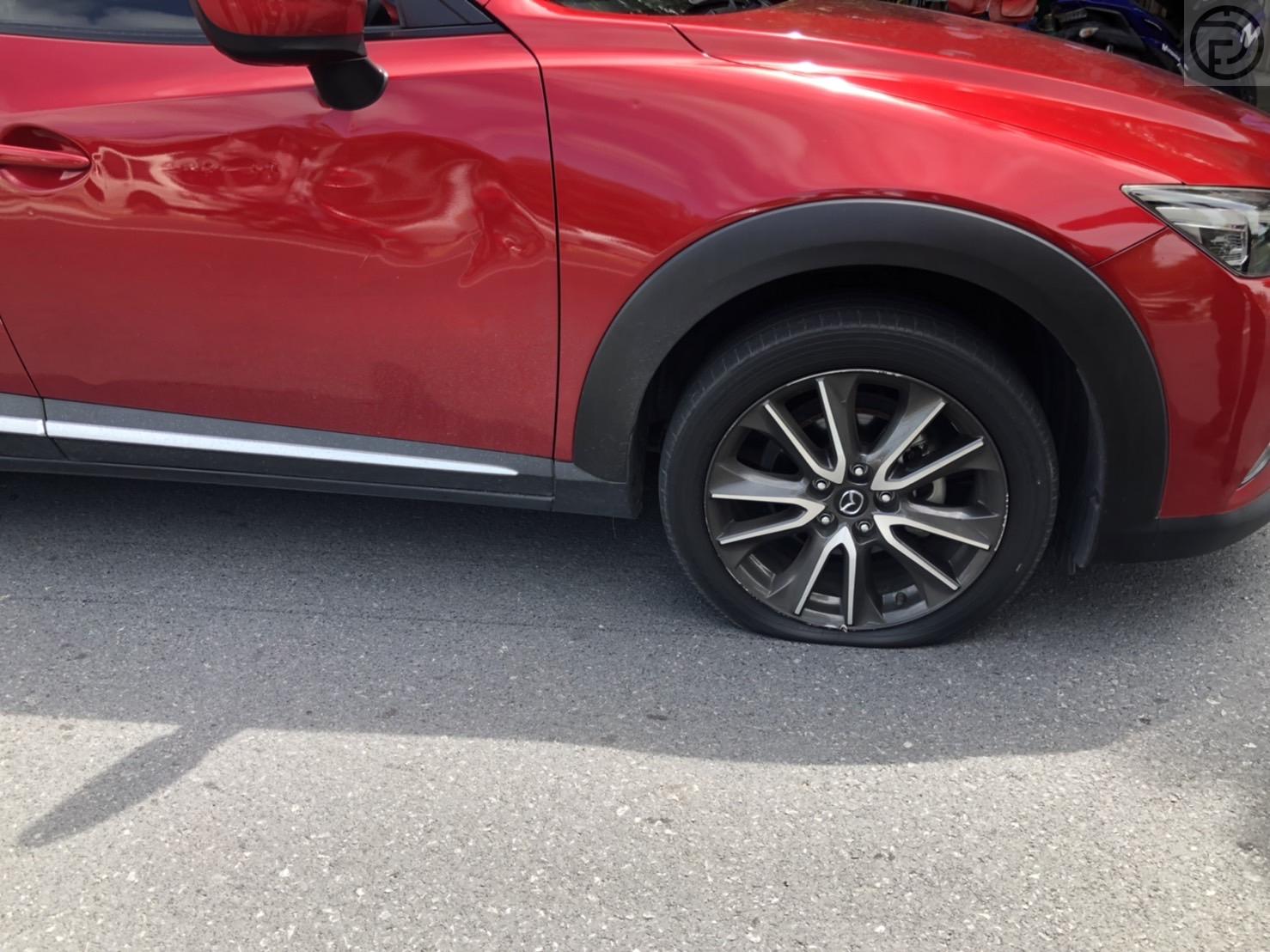 Police later arrested one suspect inside the SUV who was Mr. Yossapan Anantapan, 25, from Songkhla. Seized from him were two methamphetamine pills. He was taken to the Chalong Police Station and given a urine-based drug test which he reportedly tested positive for.

He is facing charges of illegal possession of a Category 1 Drug for use, reckless driving, and driving while using illegal drugs. A video of the arrest is below