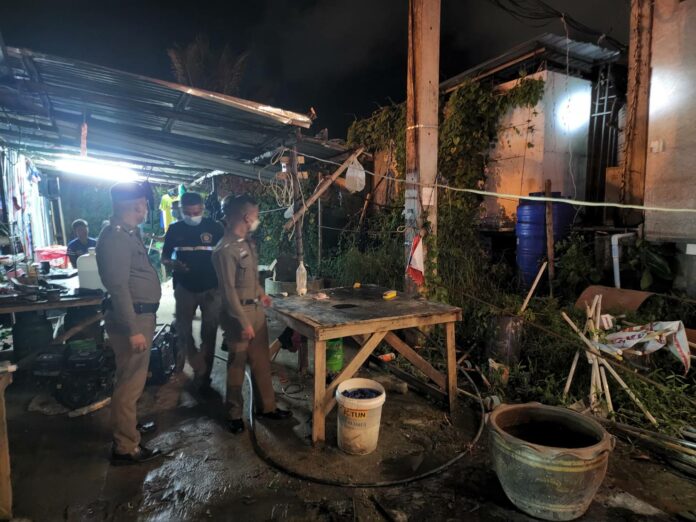 Patong Police reported they were notified of the incident at 1:40 A.M. near a work camp on the Phra Metta Road in Patong.

Police and rescue workers arrived at the scene to find the body of the man who was later identified as Mr. PYAE PHYO AUNG, 24, a Myanmar national. His body was stuck between an iron fence and a power pole. The incident occurred behind a major local hotel whose name was withheld by authorities pending further investigation.

No sign of a struggle or physical altercation was found on Pyae’s body. At this stage, police believed that the deceased man died from electrocution. It was unclear why Pyae had climbed into this area.

The work camp caretaker Mr. Sathorn Jongbanjob told The Phuket Express, “I have no idea why Pyae climbed up onto the power pole. I only found out when his friend told me that they saw his body trapped in that area.”

However, Pyae’s body was taken to a local hospital to find the exact cause of death.