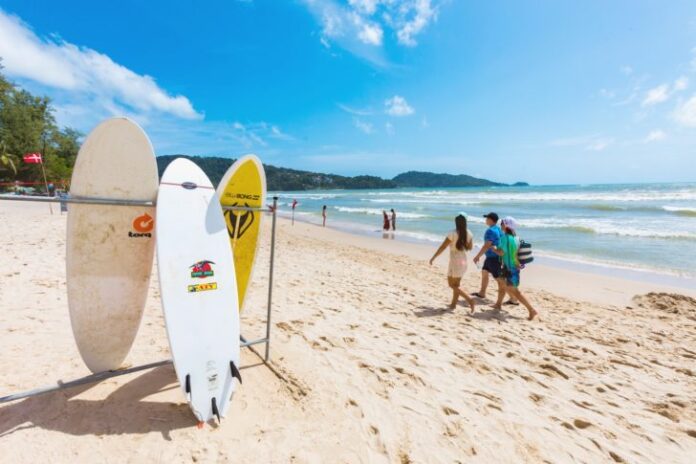 The Phuket governor has canceled an order allowing relaxed outdoor usage of masks at places such as beaches and parks to requiring that one MUST wear masks at all public spaces, even if apart from other people.

The Phuket Governor on May 31st, 2022 issued an order regarding the current face mask mandate.

The new order states that people must still wear face masks in all public areas (except as noted below), especially in closed areas with no airflow, and when joining activities with many people.

According to the order, one can take off their face mask while:

The Phuket Express notes that the exception Number 4 in the previous order which stated “At beaches, public parks, and sports stadiums with two meters distance from others.” has been removed.

The order takes effect from yesterday (June 2nd) until further notice. No reason was given for the change which has got nearly universal criticism on TPN media’s English speaking social media channels.

The order is in Thai below. 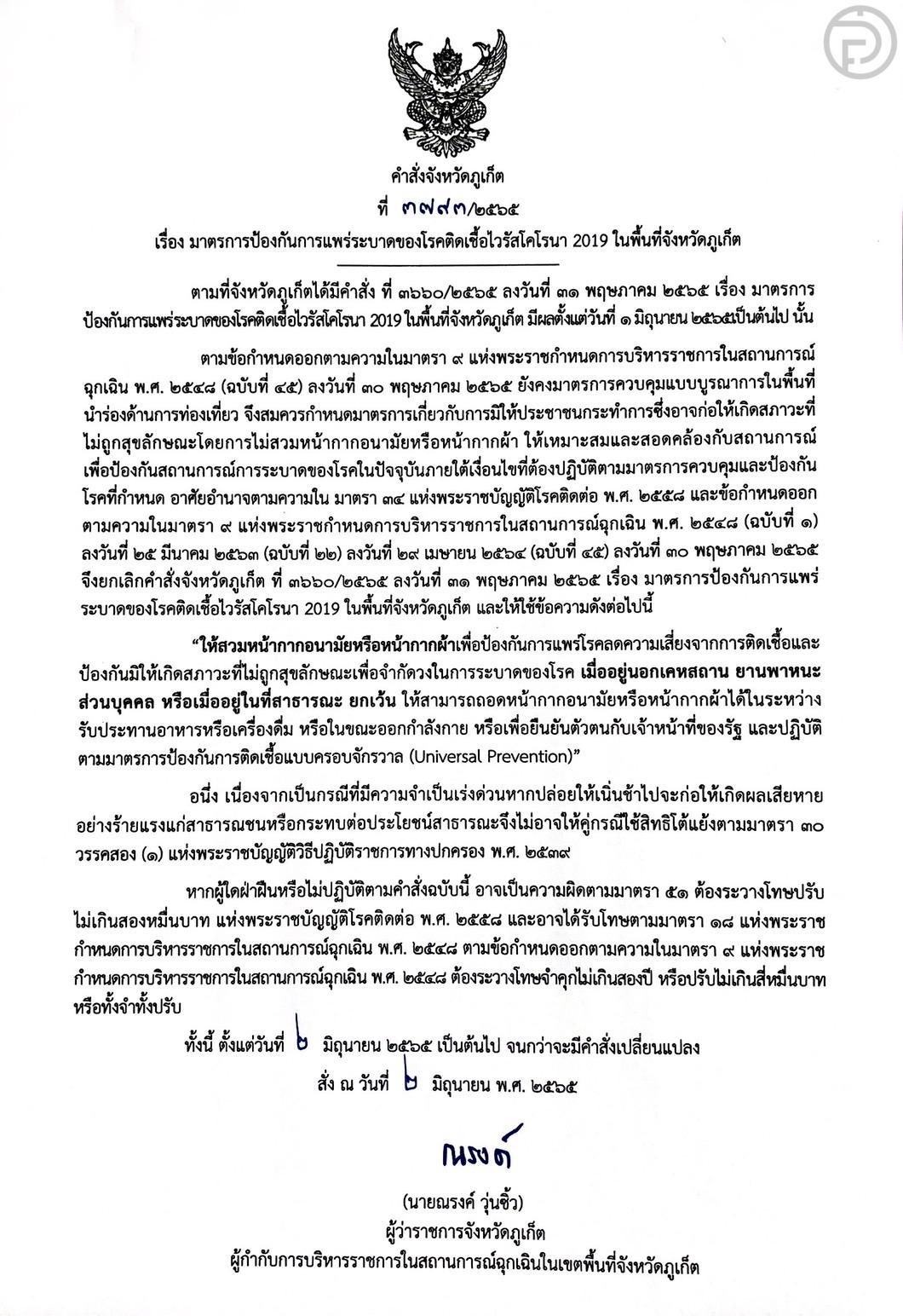