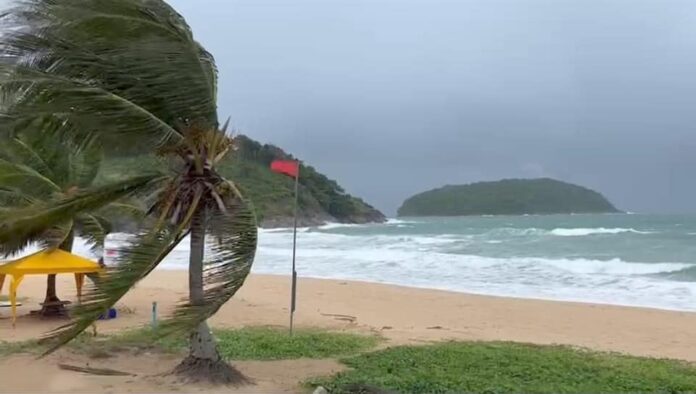 Boat captains in Phuket have confirmed with The Phuket Express that they are strictly following the Phuket Marine Office rules as they are concerned about passenger’s safety first.

The Phuket Marine Office has made an announcement yesterday (May 30th) for small boats going into the sea due to strong winds and waves which is in effect until June 2nd.

An unnamed Phuket Marine official at the Chalong Pier told local Phuket media yesterday that in the past two days tour boats were only travelling from Coral Island and small islands near Phrom Thep Cape which were a short distance away.

No boats were traveling to Phi Phi Island in Krabi or other islands far away, according to the official.

Boat captains have confirmed with The Phuket Express that they have checked safety equipment on their boats before travelling. They also stated that they make sure that their passengers are wearing life jackets at all times when they are on boats.

If the captains found that traveling is not safe due to strong winds and high waves, the boat captains told local media they will not go out into the sea.