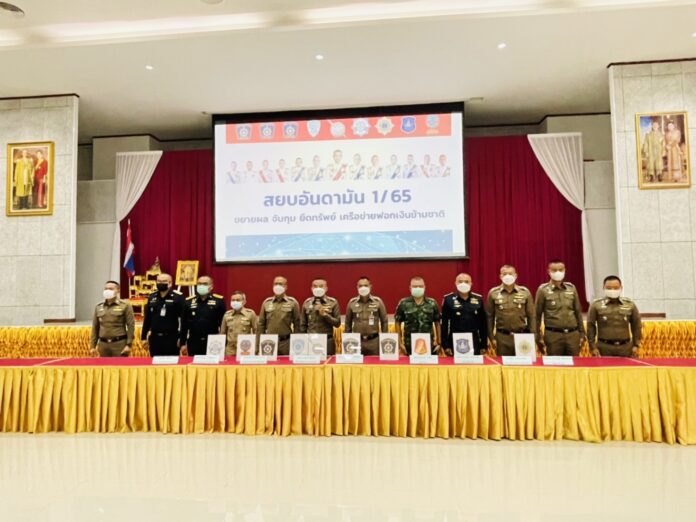 The Royal Thai Police and Phuket provincial police today, May 29th, announced the arrest of alleged money-laundering network members and the confiscation of properties in dispute, worth more than 100 million baht.

Police Lieutenant General Montri Yimyaem, a special counselor of the Royal Thai Police, led a team to announce the arrest of two prime suspects, Rukman Wa-Ngor and Jemurachee Binjae, who were captured along with a total of 1,399,200 methamphetamine pills in Surat Thani Province on October 14th, 2021.

Two more suspects, Atchariya Chalamwaree and Sathit Panket, with 200,000 methamphetamine pills and 300 kilograms of crystal methamphetamines were arrested at a house in Bangkok on November 14th, 2021. The expanding investigation also led to the money-laundering routes in many areas across Thailand that were previously hidden to avoid scrutiny from authorities. The Royal Thai Police then cooperated with relevant authorities nationwide to capture the “Andaman 1/65” transnational money laundering network.

A large number of properties in dispute, including houses, land, assets, and several types of vehicles, worth a total of 113,410,000 baht were confiscated in many provinces across the country, namely Chiang Rai, Bangkok, Phuket, and Narathiwas. 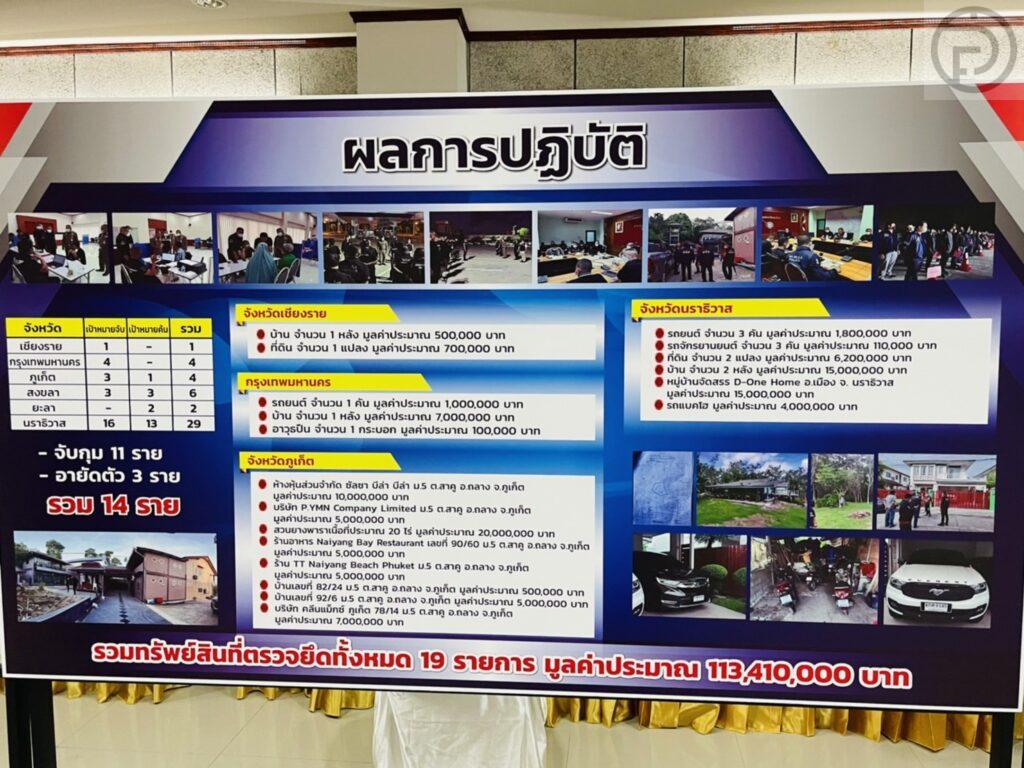 The confiscation also revealed financial transactions and communication routes that reportedly involved local politicians and government officials in the area. The further investigation was in the process of analyzing more connections in order to proceed with money-laundering charges.