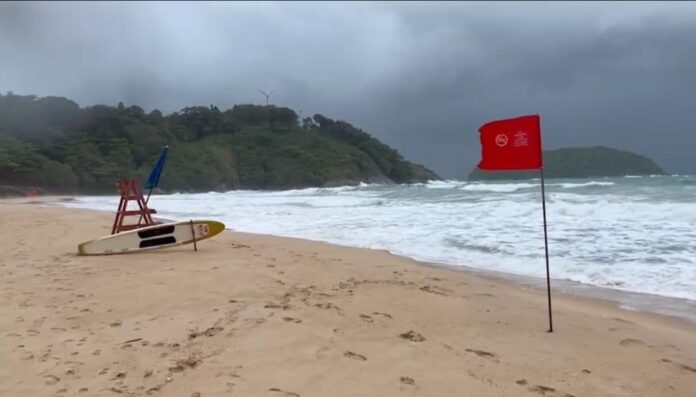 Many beaches in Phuket have raised red flags to warn tourists not to swim around the areas following the Thai Meteorological Department’s warning of heavy waves in the Andaman Sea, while small boats were advised to stay ashore until May 30th.

Phuket officers from relevant agencies began to inspect several popular tourist attractions, such as Patong Beach, Surin Beach, Nai Harn Beach, Kata Beach, and Karon Beach, and warn tourists not to swim in the sea due to the current strong wind and waves. The authorities also put out red flags to forbid tourists to swim in the water. 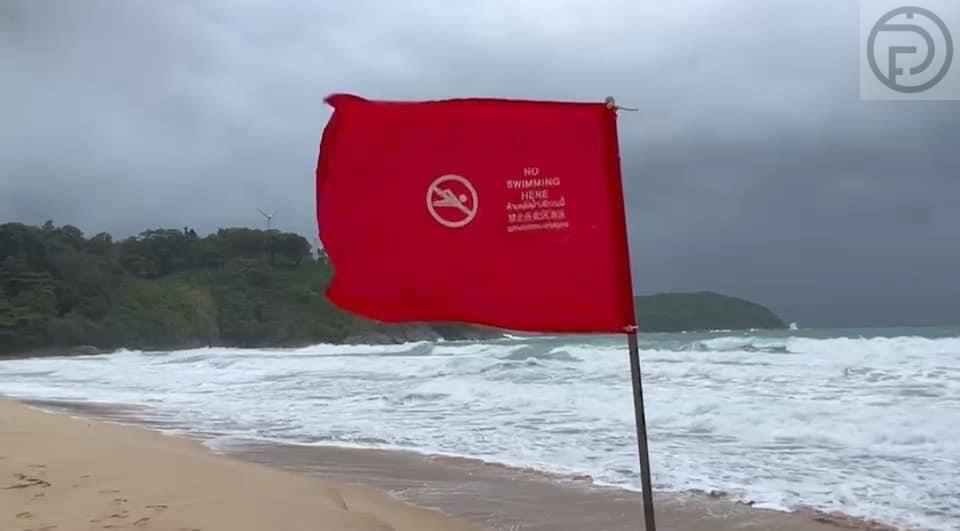 This followed the announcement of the Thai Meteorological Department, reporting that strong winds are predicted in the Andaman Sea due to the strong southwest monsoon that prevails over the Andaman Sea, the Southern provinces, and the Gulf of Thailand. This also resulted in strong wind-generated waves that could reach 2-3 meters high in the Andaman Sea and higher than 3 meters in areas with thunderstorms.

As of today, no tourists were seen swimming in the water on many popular beaches and only lifeguards were stationed at several checkpoints.

They also asked tourists to follow their instructions, emphasizing the ‘red flags’ placed on the beach were marked as very dangerous spots with the possibility of waves and whirlpools that could be life-threatening. The ‘yellow-red flags’ were marked as places where tourists are allowed to swim in the sea but under the lifeguards’ close supervision. 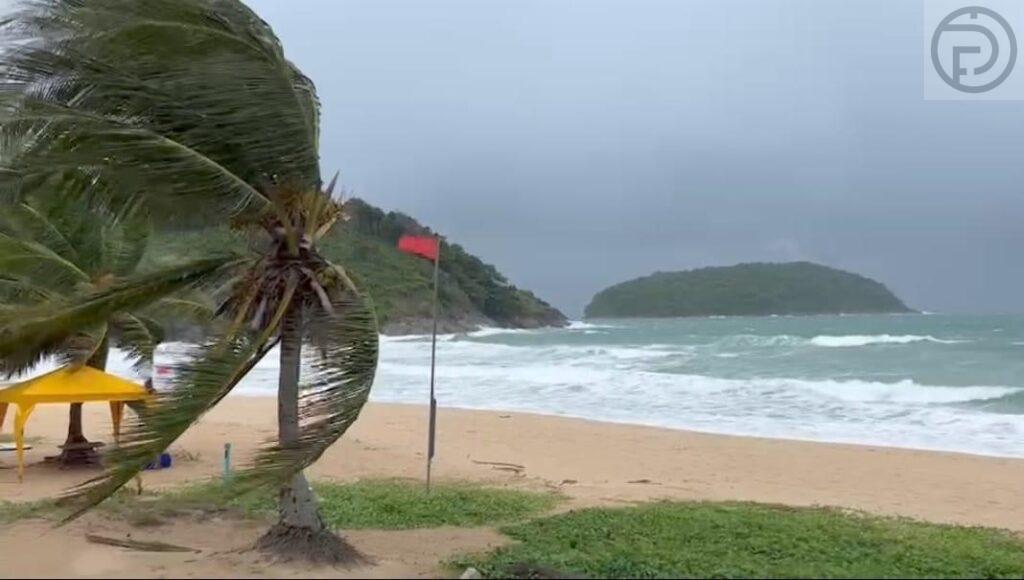