A female driver was found dead after her truck fell into a pond in the Kathu district, Phuket, this morning, May 29th.

Officials from the Kathu Police Station and rescue volunteers arrived at the scene on Phra Phu Ket Kaew Road around 6:20 AM. on Sunday after being notified of the car accident. Upon arrival, a blue pickup truck was found sinking in the pond and the driver was reportedly found stuck inside the vehicle.

A rescue crane was deployed to lift the sinking pickup truck from the water. The body of a 53-year-old Thai national, who was later identified as Chanpen Sombat, was found in the driver’s seat. The body was later transferred to Vachira Phuket Hospital for autopsy. According to the primary investigation, Chanpen was driving from Phuket Airport. Rain had reportedly just stopped by the time she was driving by the pond at a high speed, reportedly causing the vehicle to lose control before reportedly falling into the water, estimated to be 2-3 meters deep.

Kathu Police would continue their investigation to identify the cause of the incident by checking nearby CCTV and questioning the victim’s family members and local witnesses. 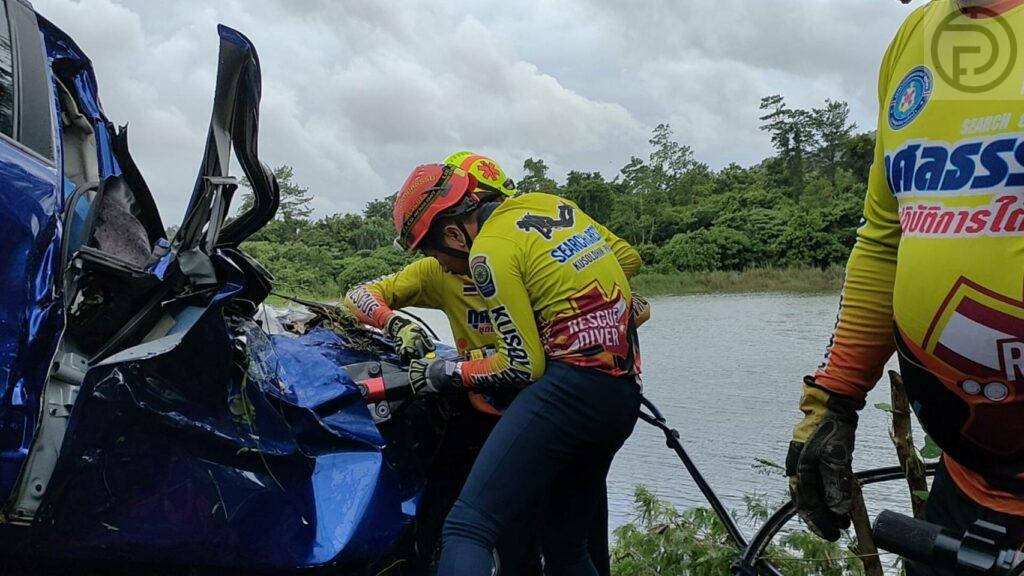