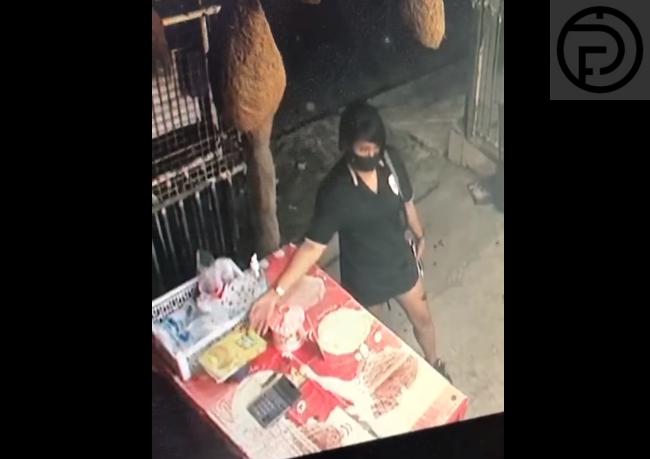 A female suspect has been arrested after allegedly stealing money from a 70-year-old woman at a local grocery store in Wichit in the Mueang Phuket district.

The arrest came after the theft had gone viral on social media earlier this week. The Wichit Police told the Phuket Express this morning (May 27th) that Mrs. Jatuphon Kaewchawang, 49, from Wichit, had filed the original theft report to the Wichit Police.

Jatuphon told Wichit police, “At 7:00 P.M. on May 16th, there was a female suspect that came into a local grocery store in Wichit before stealing a money box on a table which had about 1,000 baht in cash before speeding away. The local grocery belongs to a 70-year-old elderly woman.”

It was unclear what the relationship between the grocery owner and Jatuphon was, notes The Phuket Express.

The Wichit Police yesterday, (May 26th), arrested the prime suspect, identified only by her first name, Ms. Dawika, 31. Police found that she had just been released from a prison after she was arrested for a previous theft.

At that time, she had been convicted for snatching a purse from a victim at a noodle restaurant in Wichit two years ago. She served almost two years in Thai jail for that crime.