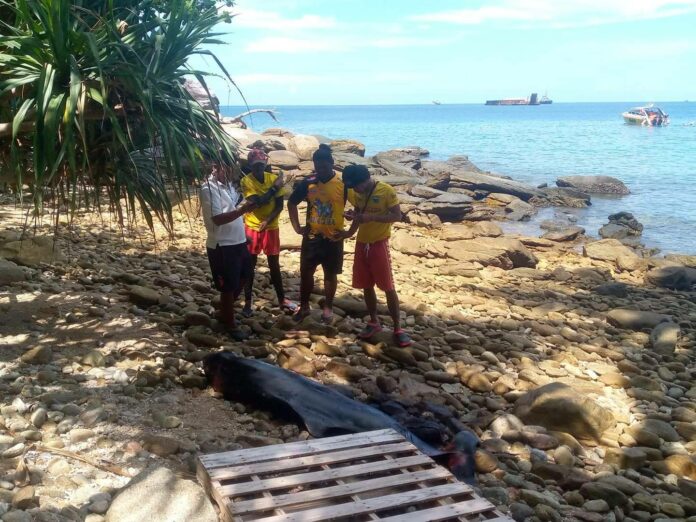 A dwarf sperm whale was found dead on a beach at Racha Yai Island in Rawai this afternoon.

The Rawai Mayor Mr. Aroon Solos was notified by lifeguards who are stationed on the Racha Island today (May 24th) that a whale was found at Lah Noi Bay on Racha Yai Isand in the Rawai sub-district.

The Phuket Marine Biological Center was called to take the whale’s body, which was a teenage dwarf sperm whale. A cut wound was found at the tail end of the whale while its skin was dry and turning black. The whale was two meters long and weighed about 50 to 60 kilograms.

An autopsy will be conducted to find the exact cause of death.