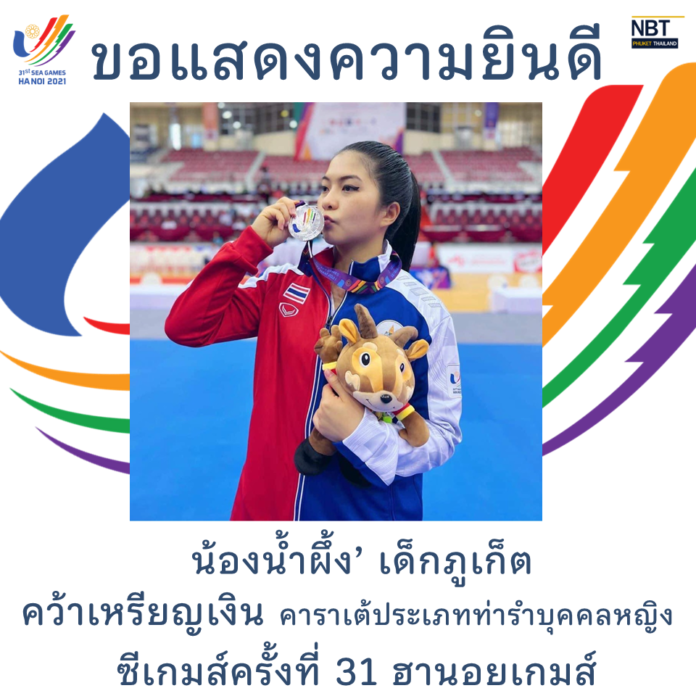 A 24-year-old woman from Phuket won a silver medal in individual kata (series of movements in Karate) at the 31st SEA Games (South East Asia) Games in Vietnam which is currently being held in Hanoi.

Monthicha ‘Nam Phueng’ Sakunrattanathara, 24, from Phuket, has won a silver medal in the individual female Kata (series of movements in Karate) competition.

Nam Phueng has been interested in Karate since she was young. Her first kata competition was when she was only six years old. Previously, she won two bronze medals in the Thailand competition.