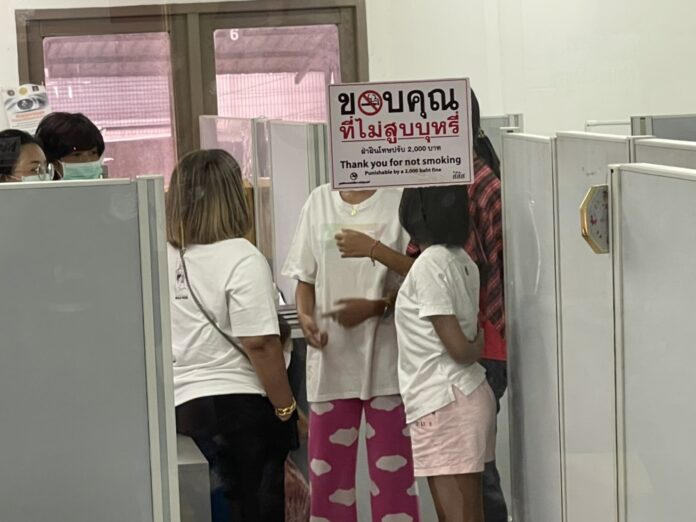 Four teenage girls are facing legal charges for a brutal attack on a defenseless 11-year-old Phuket girl that was filmed and then went viral on social media, leading to intense discussion on Thai social media about bullying between youth.

A Phuket-area mother has filed a police report to law enforcement after her 11-year-old daughter was attacked at her home in the Wichit sub-district, Mueang Phuket district, by three 15–year-old girls from the same school. The attack was filmed and shared by a fourth girl on social media, causing it go viral and bringing it to the attention of the mother and law enforcement.

Today, (May 16th), parents of the four 15-year-old girls presented themselves to the Wichit Police. One of the girl’s older sisters, whose name was not released by law enforcement, said her younger sister did not threaten to kill the 11-year-old girl as stated by the victim.

The Wichit Police Chief Colonel Pratueng Phonmana told the Phuket Express, “We have gone ahead and pressed charges against the four girls for attacking others causing harm to body and mind. We are going to report the case to the Phuket Juvenile and Family Court.” Meanwhile, another unnamed parent with their 13-year-old daughter filed a report to the Wichit Police this afternoon, May 16th, as well. They said their daughter was attacked by the same group of girls with a video clip taken and also want to press charges, claiming that this was regular behavior by the group of alleged suspects.

The names of the suspects, due to being minors, were withheld by law enforcement.

In addition, the parents of the suspects have refused to speak with the Thai media about the case as of press time. The Phuket Express notes the parents have been heavily criticized on social media for their silence so far.

The video remains widely shared on Thai social media, however, due to violent content and inclusion of minors The Phuket Express will not be sharing the clip as a matter of editorial policy.