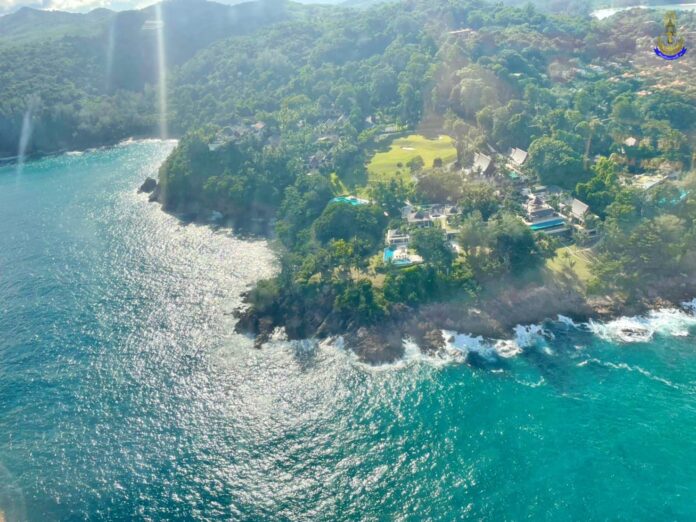 They are in no particular order of importance but roughly in order of publishing. These are from Monday, May 9th, 2022, to Sunday, May 15th, 2022.

1. A 76-year-old German tourist has gone missing from a hotel in the Thalang district and relevant tourist agencies are searching for her and asking the public for assistance. (FOUND this morning, alive, weak, but overall well)

She was found alive but weak in a shallow freshwater canal near the Sirinat National Park in the Thalang district this morning (May 16th)!

2. A 62-year-old grandmother called the press for help after her 12-year-old boy in the Thalang district has gone blind after he reportedly received a second dose of the Covid -19 vaccine, according to her. Meanwhile, leading Phuket doctors have confirmed the boy’s blindness was, according to them, NOT due to a Covid-19 vaccine.

The story rocked Thai social media, however, doctors from across Thailand have quickly responded, stating that while the incident was unfortunate it had nothing to do with Covid-19 vaccines and that, according to them, vaccines were safe and effective.

However the Phuket Governor personally took the boy to the Siriraj Hospital in Bangkok for treatment to attempt to restore his eyesight.

Phuket doctors state that a 12-year-old boy who went blind was NOT from a Covid-19 vaccine, following viral story

UPDATE: ฺฺBoy who went blind from bacterial infection in Phuket after viral story gets government aid and support

3. A woman has been pronounced dead after being attacked by her brother’s dogs at a house in the Thalang district on May 10th.

Ms. Sarinrat Laongpanitchakun, 38, was found bleeding heavily on a balcony in front of the house. About three severe wounds were found on her neck on the left side which were likely to be from fangs. The Phuket Express sends our condolences to her friends and family.

Woman dies after being attacked in Thalang, Phuket by her brother’s dogs

Ms. Nantasiri Ronsiri, the director of the Tourism Authority of Thailand (TAT) Phuket Office said that from May 13th to May 16th, a long holiday, the city generated about 1.8 billion baht.

5. Patong and tourism cities including Pattaya need ‘special zoning’ with nightlife venues open until 4 AM but nightlife business operators need to pay more tax, according to ‘Prab Keesin’, a prominent Patong businessman.

Nightlife operators in the special zones must pay more tax too as they will get more benefits, said Prab Keesin.