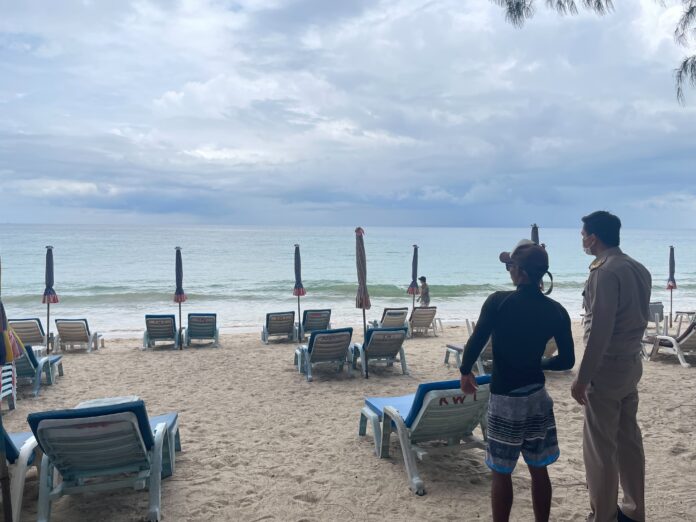 They are in no particular order of importance but roughly in order of publishing. These are from Sunday, May 1st, 2022, to Sunday, May 8th, 2022.

1.  8 –year-old Ukrainian-Thai boy was bitten by an unknown sea animal near Kamala Beach in Phuket earlier this month, experts and officials dispute what the animal was.

The news came after May 1st that Thailand and Phuket have fully opened for international tourists. This is a similar incident to two years ago with a Chinese tourist. Last time, officials said the culprit was a barracuda and not a shark.

8 –year-old Ukrainian-Thai boy bitten by an unknown sea animal near Kamala Beach in Phuket, experts and officials dispute what the animal was

UPDATE: Marine official in Phuket believes it was a shark that bit a young boy at Kamala Beach over the weekend, boy tells his story

UPDATE: Drone used to search for shark at Kamala Beach in Phuket, but no luck

UPDATE: Kamala Beach will be a new landmark if sharks are returning says Kamala local chief but not everyone agrees

2. A 76-year-old German tourist has been rescued after getting lost at Nai Yang Beach in Thalang

This is the third lost tourist in Phuket in only a short period of time.

76-year-old German tourist rescued after getting lost at Nai Yang Beach, Thalang, third lost tourist in a month on Phuket

3. Foreign tourist caught in a viral video sitting at a local shrine in Phuket market, prompting viral topic in Thailand

The red chair at the shrine was removed after the incident.

4. Big Joke to discuss with relevant officials about legally reopening the nightlife industry, extending business hours in Phuket, Pattaya, and other tourism zones

Bars and nightlife venues are still legally closed nationwide as part of Covid-19 rules in place since April 10th, 2021, operating only as converted “restaurants”.

Bikers get ready for the big event!