A rescue worker has been pronounced dead at the scene after his motorbike plunged into a power pole in the Thalang district yesterday.

Emergency responders were notified of the accident on the Cherng Tay – Baan Don Road near a Chinese shrine in Pasak, Cherng Talay sub-district yesterday (May 7th) .

They arrived at the scene to find the male motorbike driver who was later identified as Mr. Nantawit Choopak (age was not provided) who was a Kusoldharm rescue volunteer near the damaged power pole and his damaged motorbike on the roadside.

A helmet was found at the scene near him. He had sustained severe injuries and he was later pronounced dead at the scene.

CCTV footage nearby shows Nantawit appear to lose control at high speed, seen on the back left of the photo below, and crash into the power pole, leading to his death. He had been wearing a protective helmet, however, speed was a major factor in the accident. 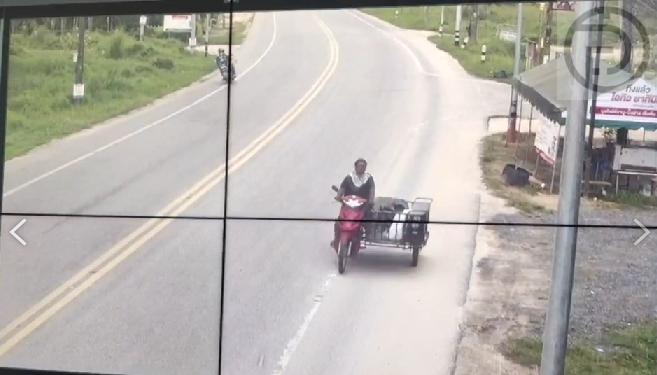