A 62-year-old male driver has sustained serious injuries after his motorbike collided with a sedan at a junction in Phuket Town this past weekend.

Emergency responders were notified of the accident late last week in the early afternoon at a junction with Chumphon Road that intersected with Thep Kasattri Road near a school in Phuket Town.

A staffer at a vehicle garage nearby tried to use a hydraulic machine to hoist the sedan up while waiting for emergency responders to help the male motorbike driver, who was stuck underneath the vehicle. A helmet still covered the motorbike driver’s head.

Emergency responders arrived at the scene to find the male motorbike driver who was later identified as Mr. Somphong Rattakai, 62, still under the sedan’s front wheel on the road. Nearby, they found his heavily damaged motorbike. 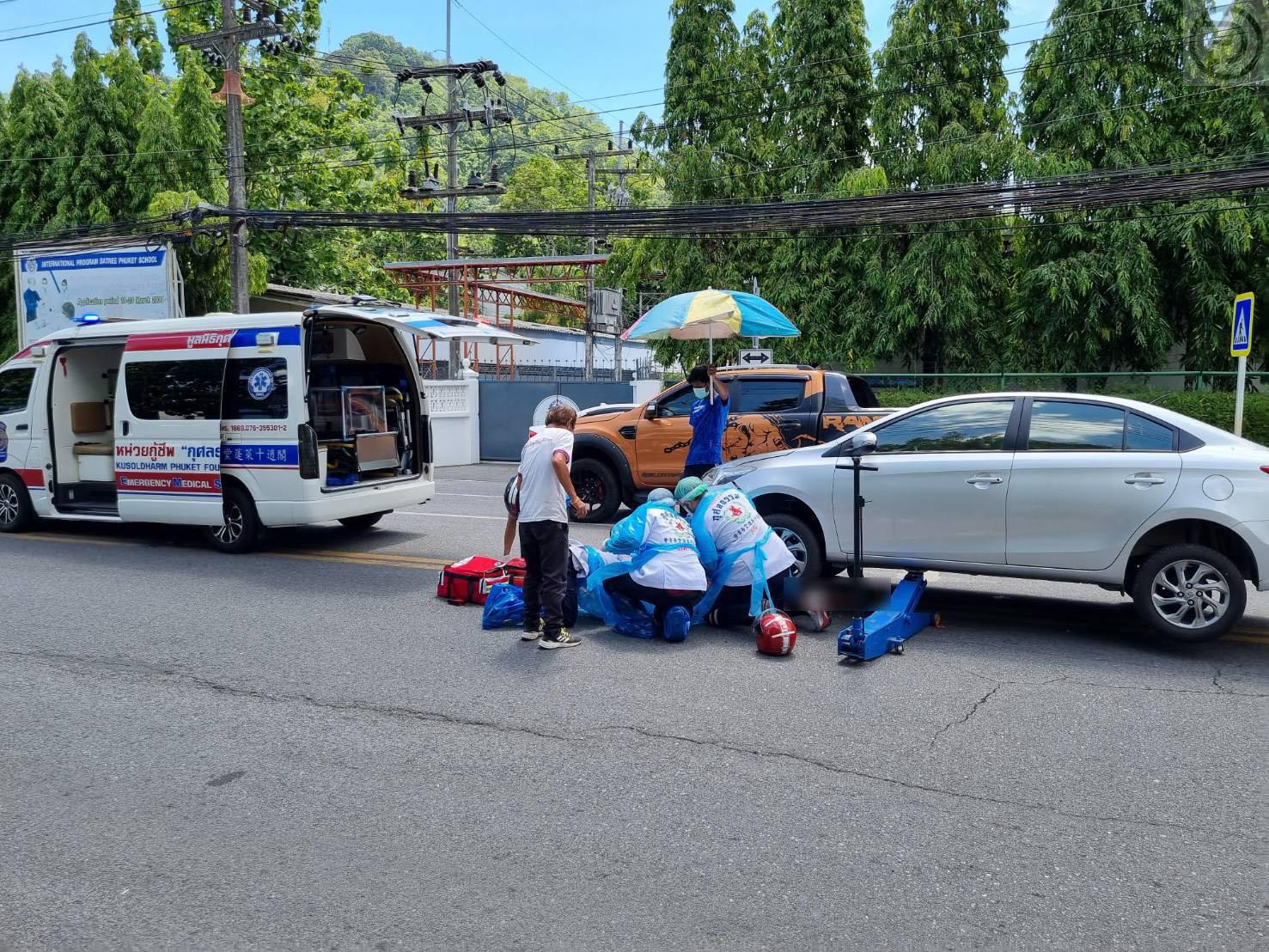 The CCTV footage which was released yesterday shows the motorbike driver, Somphong, was crossing the road at the junction. The sedan which was coming from a straightaway crashed into the motorbike, causing Somphong to get run over and fall beneath the vehicle.

The driver of the sedan was not identified by law enforcement and declined to speak to the local press.