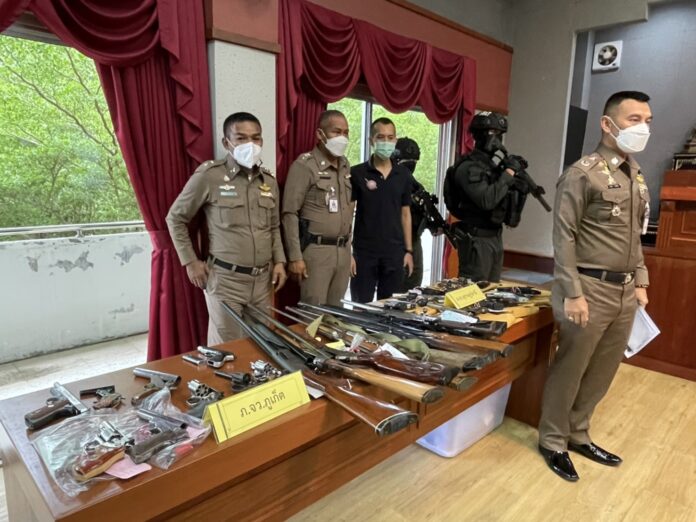 In total 67 guns, 3 bombs, 127,471 methamphetamine pills, and 9,433 grams of crystal methamphetamine were seized in seven tourism provinces in an upper southern crackdown including Phuket from April 25th to April 29th, 2022. Lieutenant General Surachate “Big Joke” Hakparn told the Phuket Express, “The crackdown was aimed to ensure safety before the country fully opened for tourists after May 1st in seven tourism provinces in the upper southern area which are Krabi, Chumphon, Nakhon Si Thammarat, Phang Nga, Phuket, Ranong, and Surat Thani.” 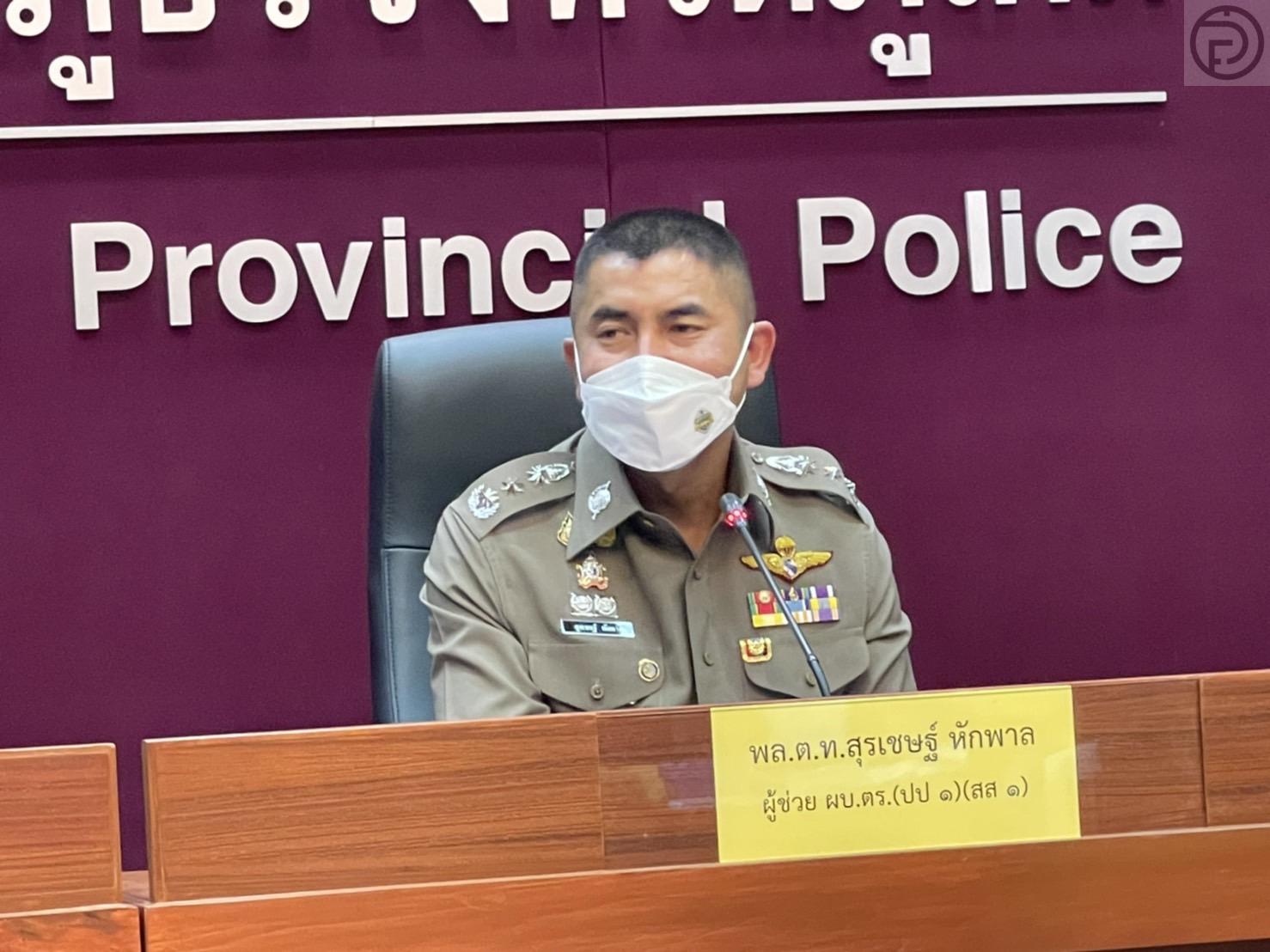 “More than 400 targets were raided which 75 of them are in Phuket. In total 67 guns, 3 handmade bombs, 127,471 methamphetamine pills, and 9,433 grams of crystal methamphetamine were seized. Most guns were seized in Chumphon and followed by Nakhon Si Thammarat,” Lieutenant General Surachate added. 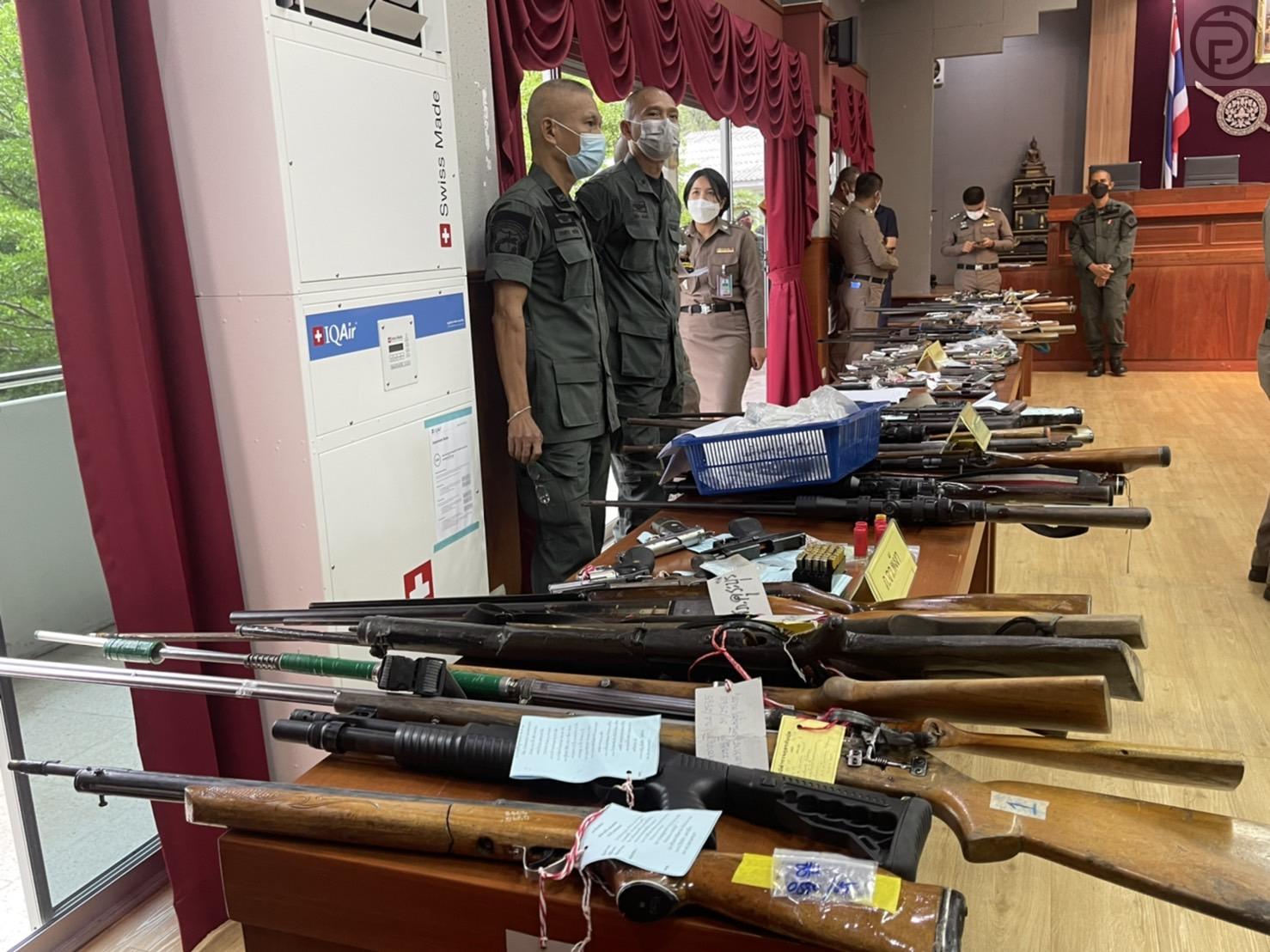