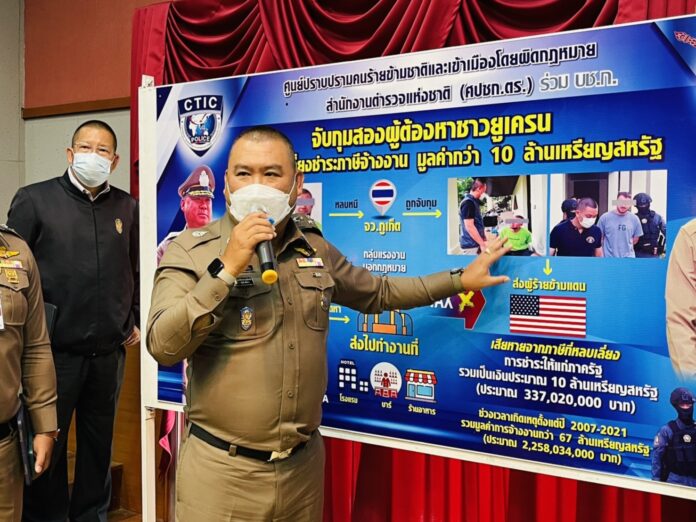 Two male Ukrainians have been arrested in Phuket for allegedly avoiding 10 million US dollars in tax payments, money laundering, and fraud.

The Director of the Combating Transnational Criminal and Illegal Immigrants Center (CTIC) and the Phuket Provincial Police revealed the news to the press in Phuket earlier this week. 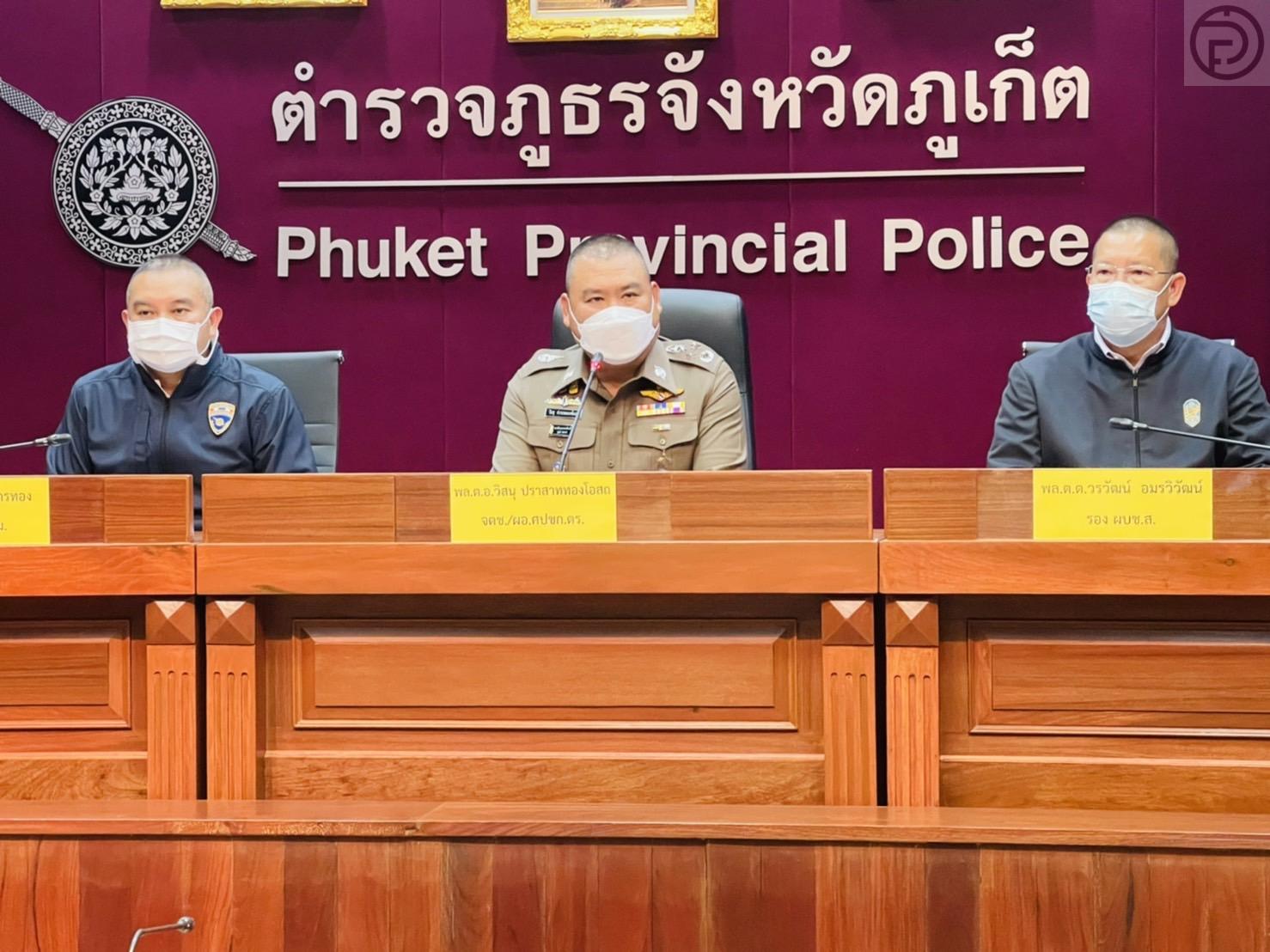 They arrested two male Ukrainians, who were not specifically named, last month at a villa in Phuket. The arrest came after the Homeland Security Investigations Unit (HS) in America contacted the CTIC.

The Homeland Security Investigations (HS) in America found that from 2007 to 2021 the two suspects allegedly have avoided job hiring tax payments to the US government of about 10 million US dollars (337,020,000 Baht).

Homeland Security and CTIC continued their investigation where they found the two suspects entered Thailand with a tourist visa, fleeing the United States. They stayed at a villa in Phuket and were arrested last month.

The two will likely be deported and extradited to the United States, where they face extensive sentences. 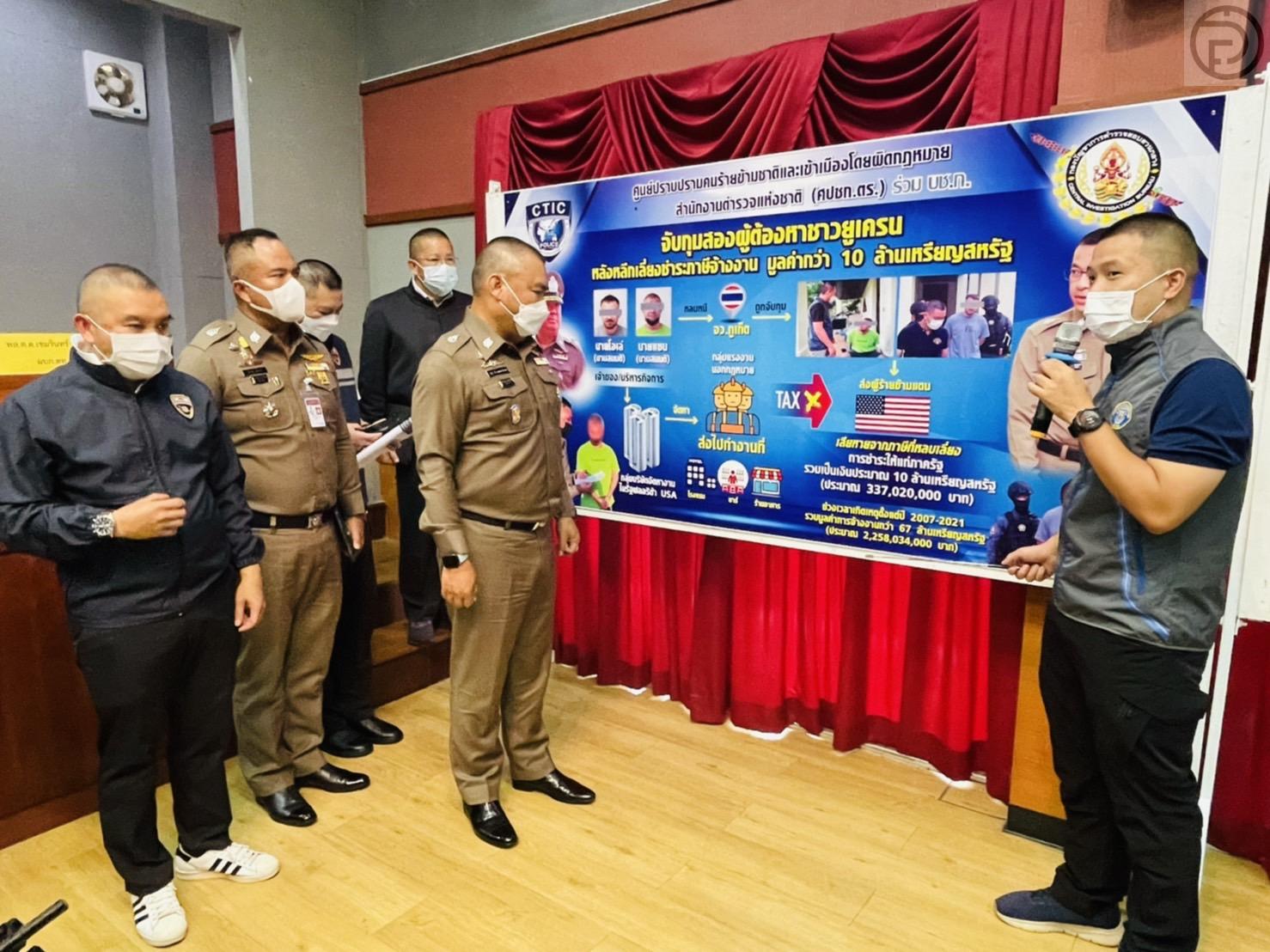