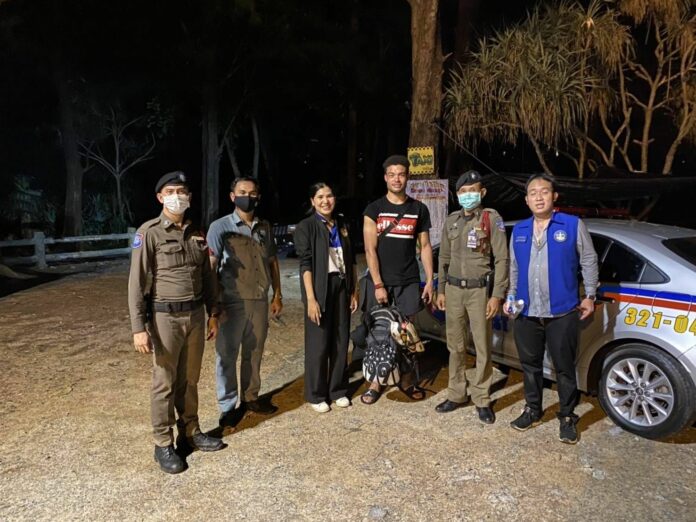 A 21-year-old German tourist has been rescued after being stuck between several large rocks while hiking in a forest in the Thalang district yesterday (May 2nd).

The Phuket Tourist Police was notified by the male German tourist via an emergency tourist police phone call to 1155 at 6:58 P.M. on Monday, May 2nd.

The Phuket Tourist Police contacted the Sakoo Police and officials from the Sirinart National Park nearby. The German tourist was identified by the tourist police as Mr. Leon Isiman Samuels, 21.

Lieutenant Colonel Eakkachai Siri of the Phuket Tourist Police told The Phuket Express, ”We communicated with Mr. Samuels via the ‘WhatsApp’ application. He sent us his position which was about 1.1 kilometers from a hotel. He had become stuck between large rocks while out hiking. We asked him not to try to move from where he was before we started the search at 8:00 P.M.. ” 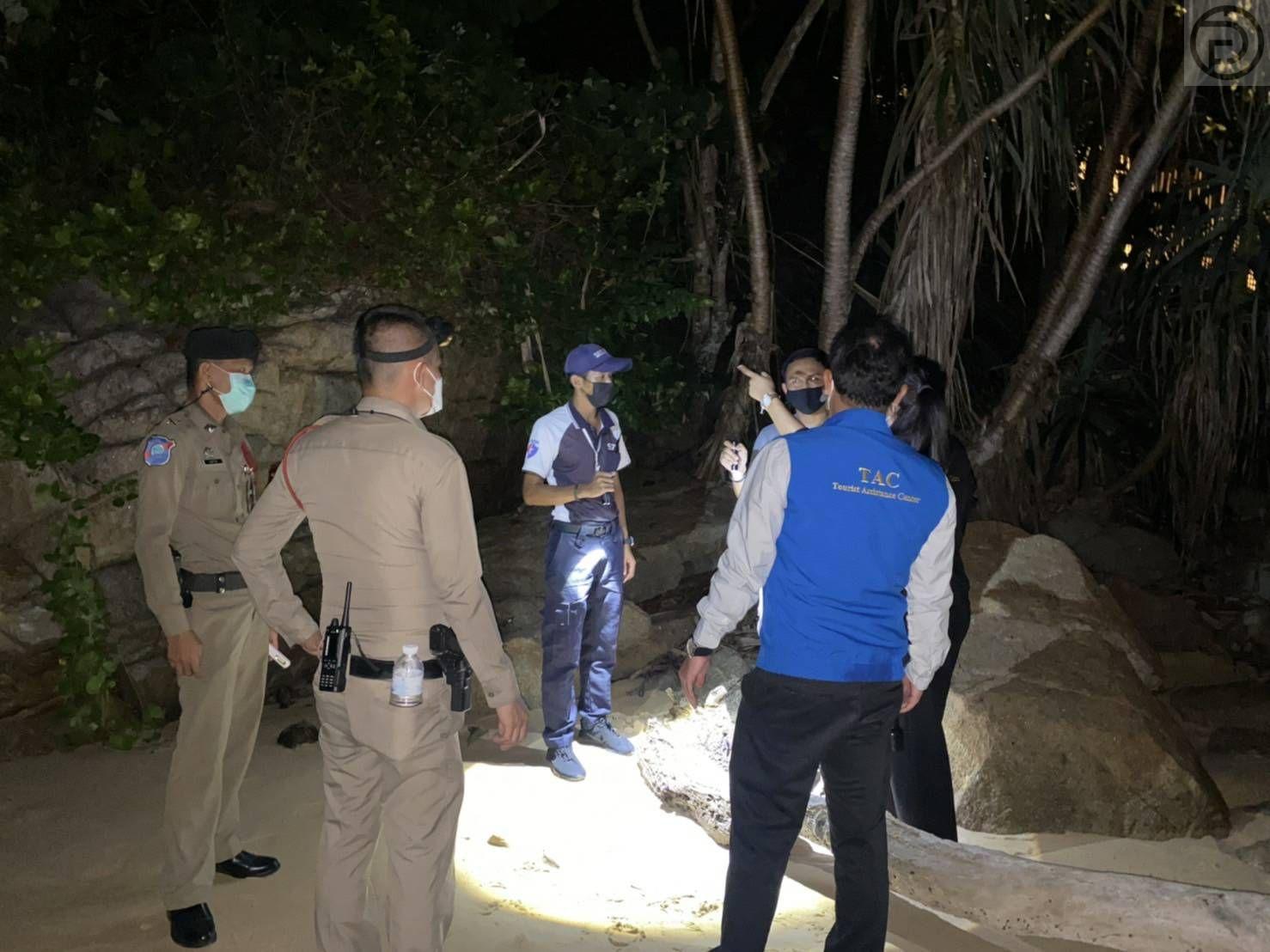 “Mr. Samuel arrived in Phuket yesterday (May 2nd) from Frankfurt. After arriving at the Phuket International Airport, he walked along Naiyang Beach which is next to the airport, and decided to go hiking. Unfortunately, he became trapped in a rocky area but had saved the emergency number for tourist police and called us.

Mr. Samuels told The Phuket Express “Thank you to locals and officers who provided the excellent search and help for me.”

Mr. Samuels also took a selfie with the rescuers, which went viral on social media, below. 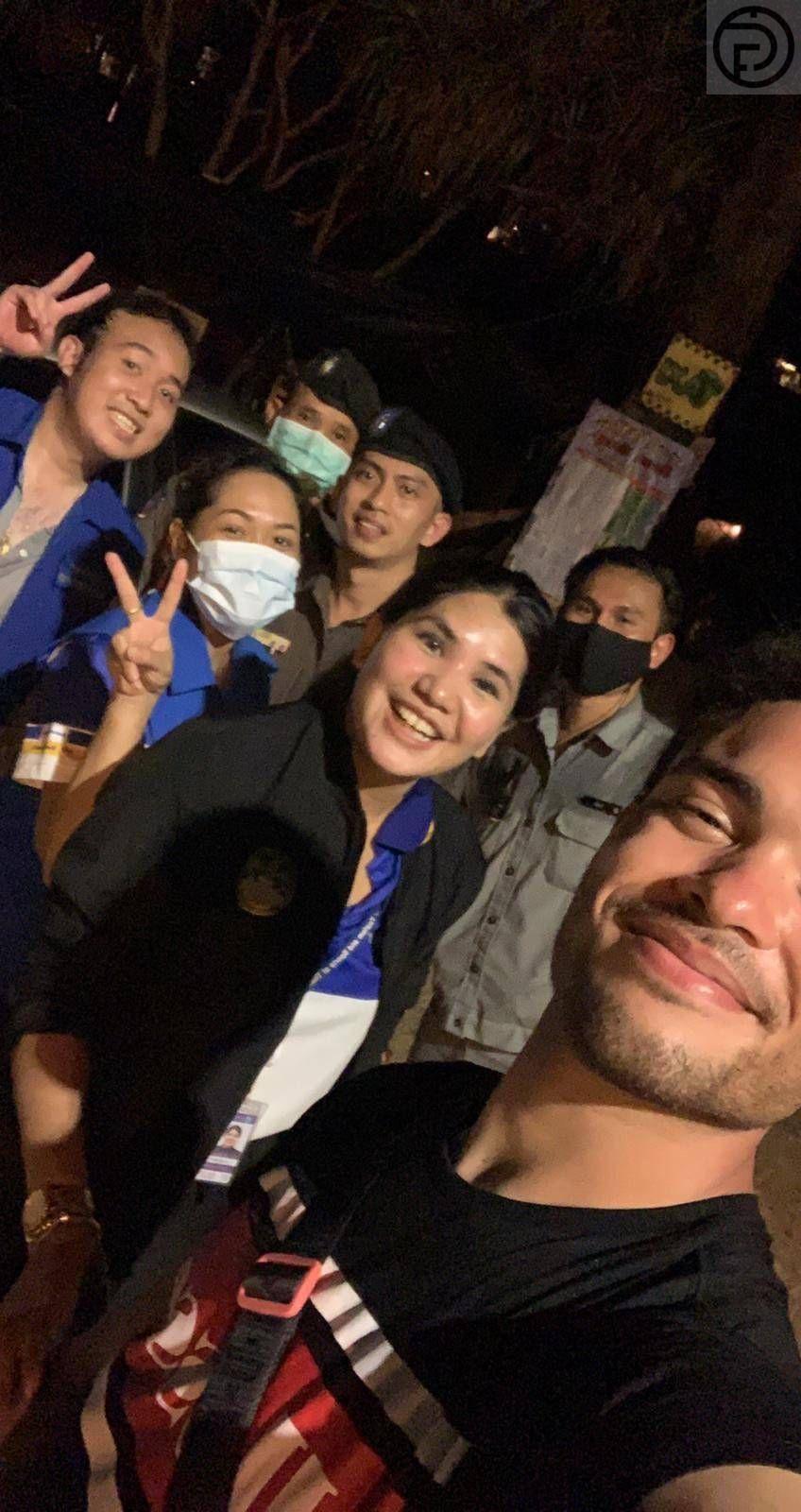 Meanwhile on Friday (April 29th) an American tourist, 68-years-old, has been rescued after getting lost in a jungle in the Thalang district.