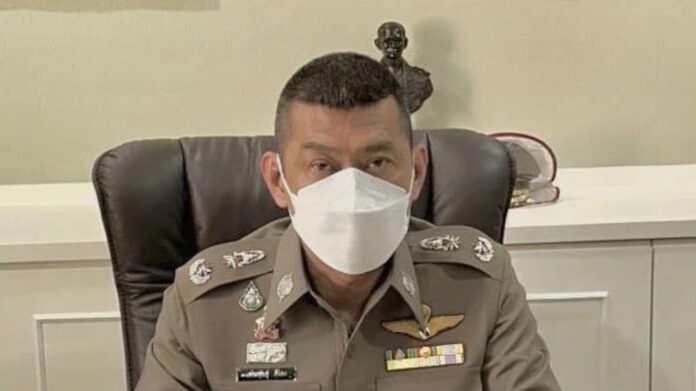 A Phuket taxi driver has disputed claims he touched a minor’s leg inappropriately after an Australian tourist filed a report to the Phuket police about the man allegedly touching his daughter’s leg inappropriately inside a taxi at a parking area in a shopping mall in the Mueang Phuket District over the past weekend.

On May 1st Lieutenant Colonel Nannapat Malai of the Cherng Talay Police in Thalang reported that a 44-year-old male Australian tourist who stayed at a hotel in Bang Tao Beach in Cherng Talay, Thalang district. (The Phuket Express is withholding his name) filed a report to the police on April 30th about the alleged incident.

The Phuket Provincial Police Commander Major General Sermpan Sirikong yesterday (May 2nd) told The Phuket Express, “We have questioned the taxi driver involved in the allegations from an Australian tourist. He claims that he did not touch the girl’s leg and only used his finger to poke the girl’s pants lightly in what he claimed was a regular gesture and not inappropriate after she asked him if her pants were beautiful.”

“However, we have contacted the consulate of the Australian tourist and will ask if they want to take any further action on the incident.” Major General Sermpan stated.

“We have also sent the case to the Phuket Land Transport Office (PLTO) to see if they will take any action. We think the taxi driver behavior was inappropriate, regardless of his claims.” Major General Sermpan concluded.

The Phuket Express notes that the taxi driver’s name was not released by Phuket police.