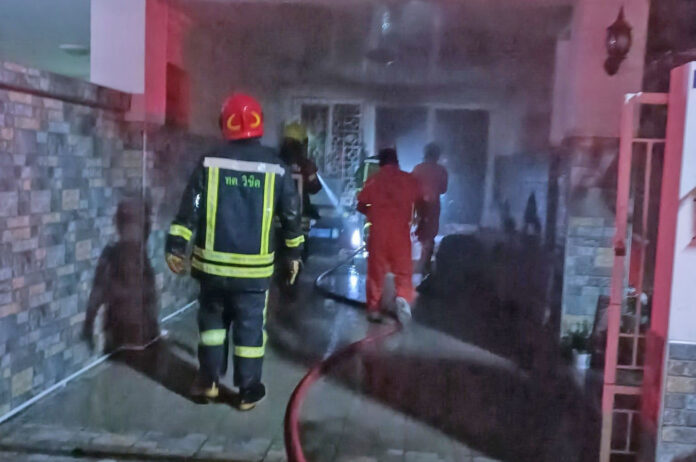 A Norwegian ex-pat fell unconscious while his beloved dog died after his house caught fire in Wichit, Mueang Phuket district yesterday (May 2nd) which also alarmed nearby residents.

The 76-year-old Norwegian ex-pat was later pronounced dead at Vachira Phuket Hospital late yesterday afternoon (May 2nd) and was confirmed by the Wichit Police.

The Phuket Express is still withholding his name pending embassy and family notification.