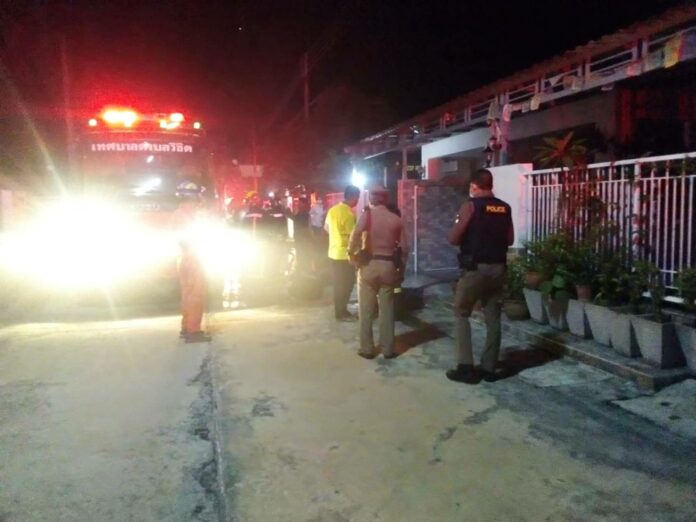 A Norwegian ex-pat fell unconscious while his beloved dog died after his house caught fire in Wichit, Mueang Phuket district early this morning (May 2nd) which also alarmed nearby residents.

Firefighters were notified of the fire at 4:30 A.M. at a house in a housing estate in the Wichit sub-district. Fighters with multiple fire engines and the Wichit Police arrived at the scene to find lots of smoke but no visible flames.

A 76-year-old Norwegian expat (The Phuket Express is withholding his name) was found unconscious inside the master bedroom. He was alone in the house and was rushed to a nearby hospital. His white female poodle, which was according to neighbors the pride and joy of the ex-pat, was found dead in the house. Both had suffered from smoke inhalation, according to firefighters and rescue workers.

Firefighters stated to The Phuket Express that the fire started from an air conditioning unit before spreading out onto the ceiling which caused a lot smoke in the house. The Norwegian expat was believed to have been asleep while the fire started as he was unable to escape before choking on smoke. By the time firefighters had arrived, however, there were no visible flames, presumably having burnt itself out, but only thick smoke throughout the home.

As of press time, the ex-pat remained at a local hospital.