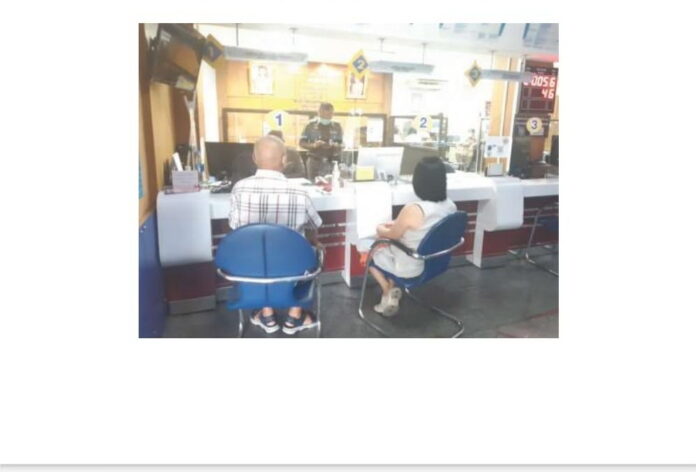 An unidentified sedan driver has presented himsef to the Phuket City Police yesterday afternoon and was fined 500 baht for blocking an ambulance, which was captured on a viral dashcam video that was widely shared on Thai social media.

A sedan driver is to be fined up to 500 baht after not moving for an ambulance that was transferring an injured person to a hospital with loud warning sirens on a road in Phuket on Thursday.

The Phuket City Police told the Phuket Express yesterday (April 30th) that the sedan driver Mr. Thamron (Last name and age were withheld by police) has presented himself to the Phuket City Police. He admitted that he drove the sedan as shown in the dash cam, stating that he suffered a temporary fit of road rage and claimed that this is out of character for him and that he greatly regrets the incident. He was fined 500 baht for obstructing emergency vehicles, which is the maximum penalty for this specific crime provided by Thai law.

Thai social media, meanwhile, was not pleased with the verdict, stating that they felt the fine should be substantially higher and claimed that the fine, about fifteen US dollars, was not a proper deterrent.

Phuket police, however, stated that they cannot change the law or enforce arbitrary fines of their own making, stating that any changes to the law would need to come from the Thai government and be properly ratified by Parliament. Phuket police also stated that the driver did not commit any other crimes and his license, registration, and insurance were valid. Phuket police also defended not “naming and shaming” the driver, stating that this could violate Thai laws for slander and were concerned that if the driver was identified a social media “witch hunt” could take place, which could violate libel laws. 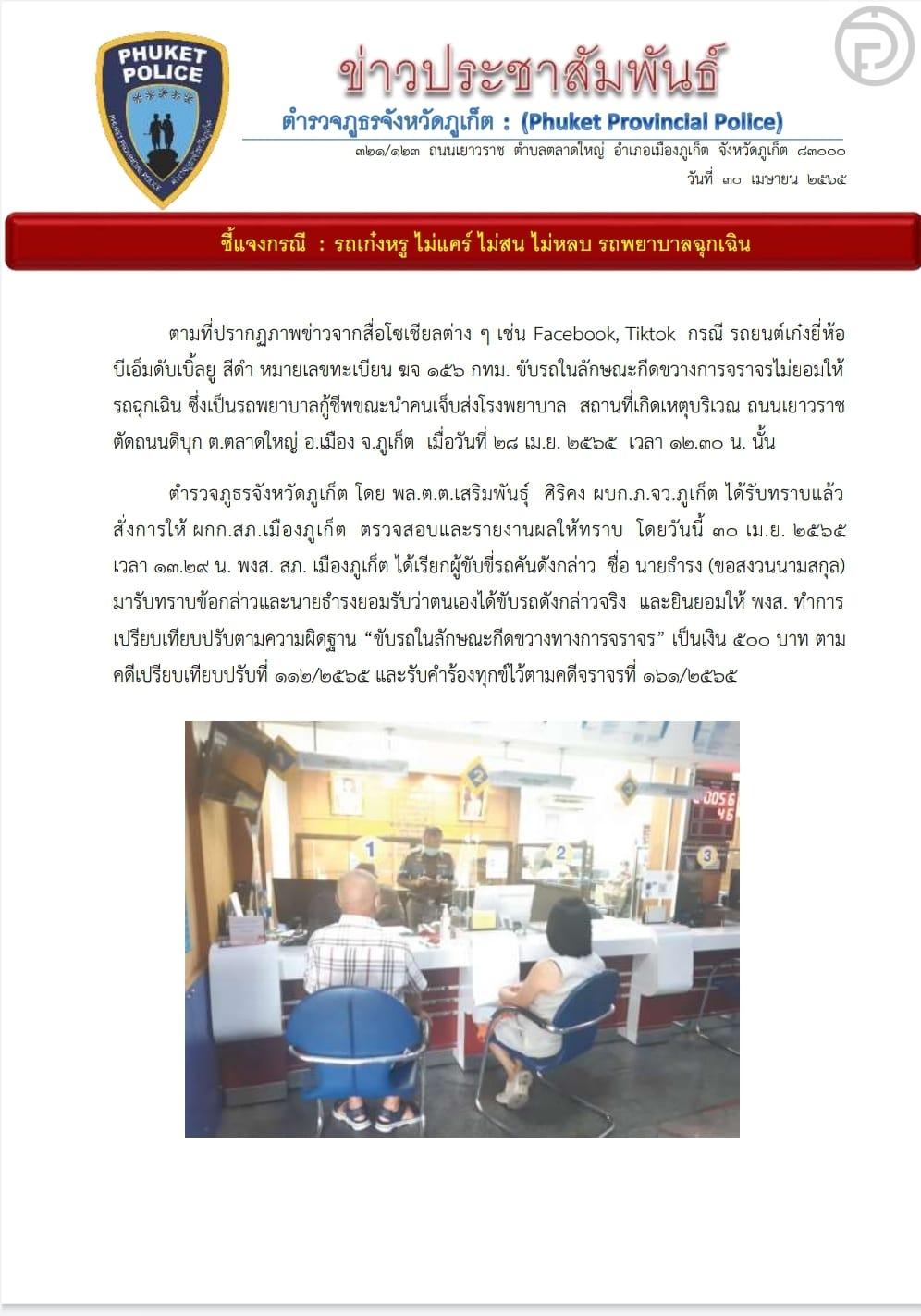