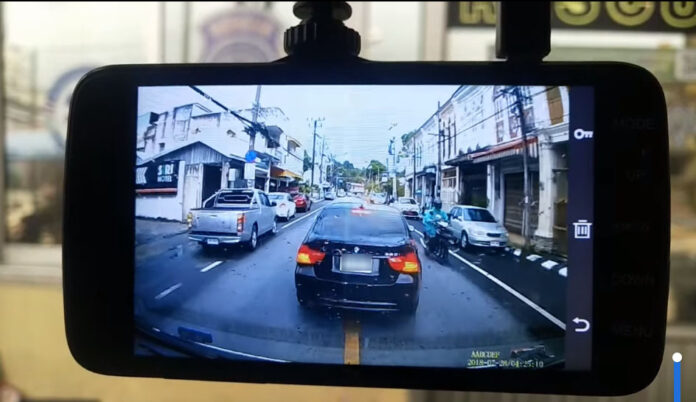 A sedan driver is to be fined up to 500 baht after not moving for an ambulance that was transferring an injured person to a hospital with loud warning sirens on a road in Phuket on Thursday.

A dashcam video was posted (Thursday, April 28th) on a personal Facebook of an ambulance driver from the Kusoldharm Rescue Foundation in Phuket City that went viral on social media. A black sedan that was driving on the Yaowarad Road in Phuket Town refused to move while the ambulance was behind them with a loud warning siren, even seemingly trying to hold up the ambulance at two points, veering in front of them and stopping them from passing.

The video is below, followed by more about the story.

Yesterday, (April 29th), the Phuket City Police Station reports they have identified the sedan driver who is being summoned to meet the Phuket City Police. The driver is going to be fined up to 500 baht for obstructing emergency vehicles. The name of the driver was not released by Phuket police, citing an ongoing investigation.

Reaction to the fine, about fifteen dollars in the US, was mostly negative, with many saying the fine should be substantially higher. However, Phuket City Police noted that the standard law dictated the fine, not the court of public opinion, which calls for a maximum of 500 baht. Want to advertise with us or inquire about promoting your business, event, charity, or sporting event? E-mail us at [email protected]