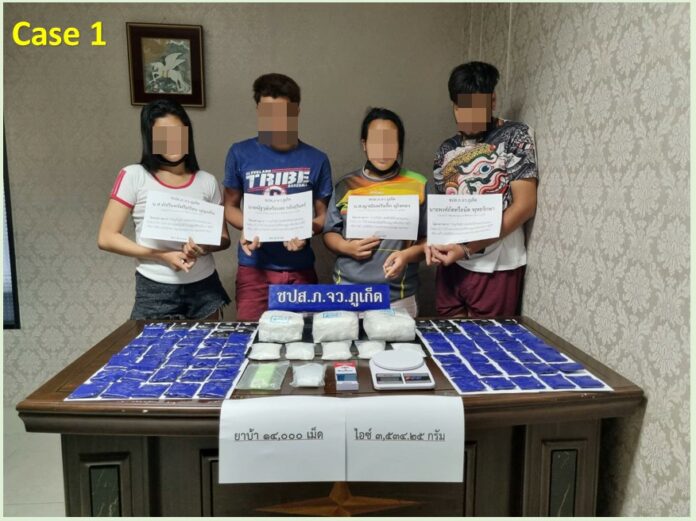 They were arrested near a house in Soi Kok Tanod, Cherng Talay sub-district, Thalang district. Seized from them were 3.53 kilograms of crystal methamphetamine and 14,000 methamphetamine pills. 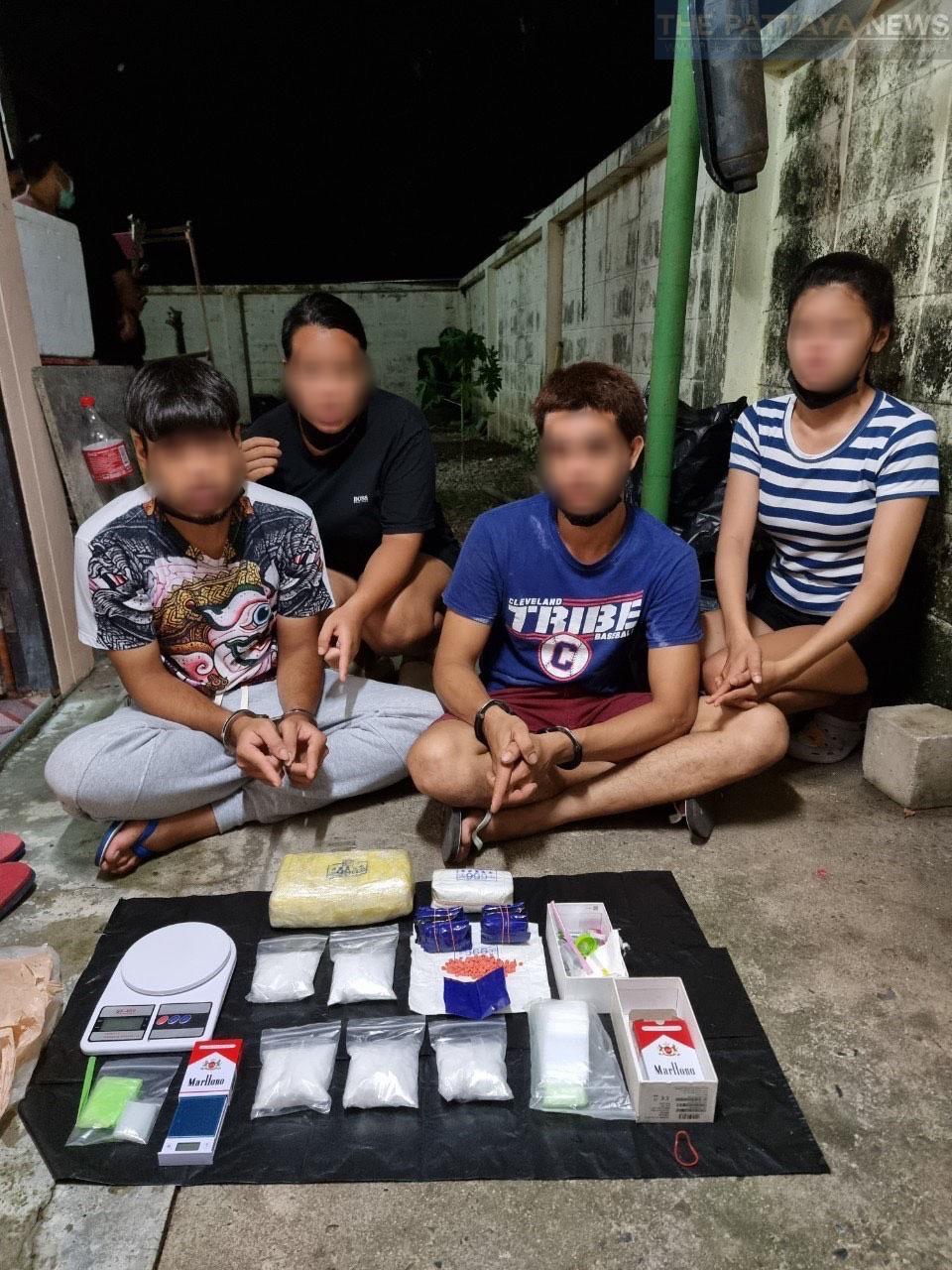 At first, the group reportedly claimed they got the delivery of drugs through the mail “by accident” and kept them intending to eventually inform authorities, but instead began to deliver to others. They received 2,000 baht per delivery, according to their statement. Phuket police did not believe their statement that they obtained the drugs by mistake. 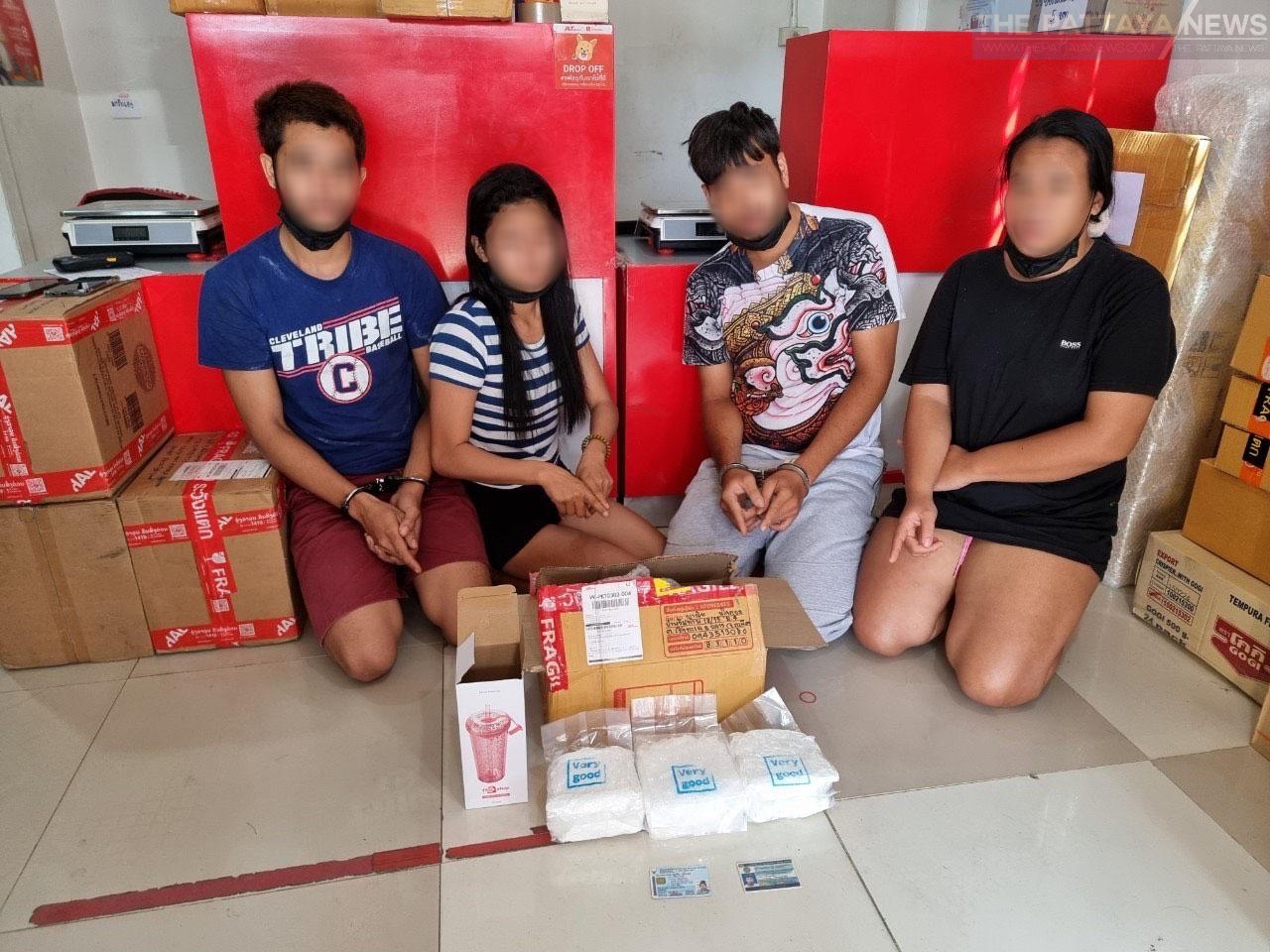 They were taken to the Cherng Talay Police Station to face charges of illegal possession of Category 1 drugs with intent to sell.

Police have also arrested Mr. Roong rueng ‘Dee’, 59 from Sisaket. He was arrested in Soi Ta-aid, Chalong sub-district in the Mueang Phuket District. Seized from him were 24 methamphetamine pills.

He was taken to the Chalong Police Station Station to face charges of illegal possession of Category 1 drugs.