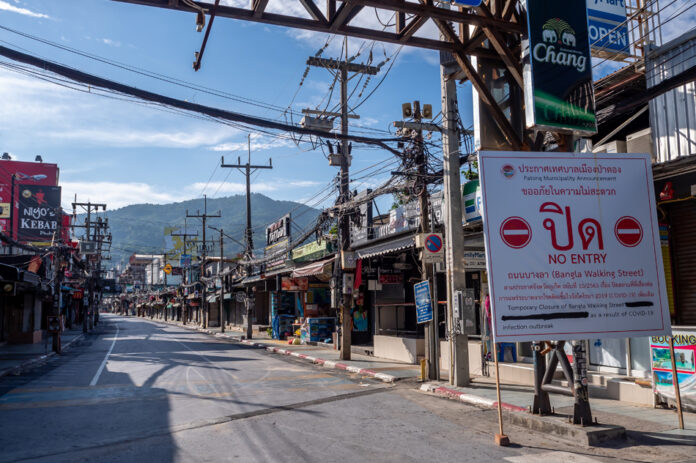 Patong hotel operators in Patong pleaded with the government to delay a full land tax rate for two years, saying they will not be able to pay at least until the end of this year due to a still-unrecovered tourism.

Yesterday, April 26th, hotel owners in Patong gave an interview to a local media about the government reintroducing a full land tax rate this year. Despite the seeming improvement in tourism during the last high season, many of them expressed dissatisfaction with the government’s decision, stating that they were still badly struggling financially because of the still-unrecovered tourism affected by Covid-19 and the ongoing Russia-Ukraine war.

Mr. Chinawat Udomniyom, the Patong hotel operator, revealed that the war had significantly reduced the number of foreign tourists, to the point where even his small hotel in a normally popular tourist area could only earn a few hundreds baht per day. Furthermore, some hotel owners with facilities such as a pool or a garden would be required to pay millions in tax, which he thought was completely unfair given that some of them could not even reopen yet.

Mr. Kongsak Koopongsakorn, President of the Southern Thai Hotel Association, told local media that hotel owners would be fined for late payments as well, and the fines would accumulate month after month if they could not pay. He said that they would be able to pay at least at the end of this year when tourism was most likely to recover at around 70%.

According to Karon Sub-district Mayor Mr. Jade Wicharasorn, the government reduced the land tax to 10% last year, but businesses in his area could manage to reopen at around 15-20%, signifying that a full tax would certainly exacerbate the problems. Moreover, he claimed that many operators had already mortgaged their hotels with the bank, and that some hotels had even been forfeited, so he pleaded with the government to reconsider the reduction tax rate back to 10%.