Entertainment venues’ entrepreneurs and employees at Bangla Walking Street were gathering yesterday evening, April 16th, to stage a peaceful protest following a famous Thai lawyer’s video posted on social media of a venue that was allegedly opened over the legal closing time of 11:00 P.M.

The protest was triggered after Sittra Biabangkerd, Secretary-general of the Lawyers for the People Foundation, posted a 3-minute video clip on his social media account of an entertainment venue in Patong Bay Hill Hotel at around 2:00 AM. last Saturday, saying that local residents were allegedly bothered by loud noises and large gatherings at the venues that had illegally been opened over legal time, which was at 11:00 PM. currently due to Covid-19 mandates set by the Center for Covid-19 Situation Administration, or CCSA, in Bangkok.

Phuket, along with Pattaya and some other tourist areas, have been pleading with the CCSA for months to lift the unpopular early closing times, claiming they hurt tourism and are unpopular, especially with foreign tourists looking for nightlife. Legally, the nightlife and entertainment industry in Thailand is still closed due to Covid-19 restrictions, operating as converted restaurants with many rules and restrictions. 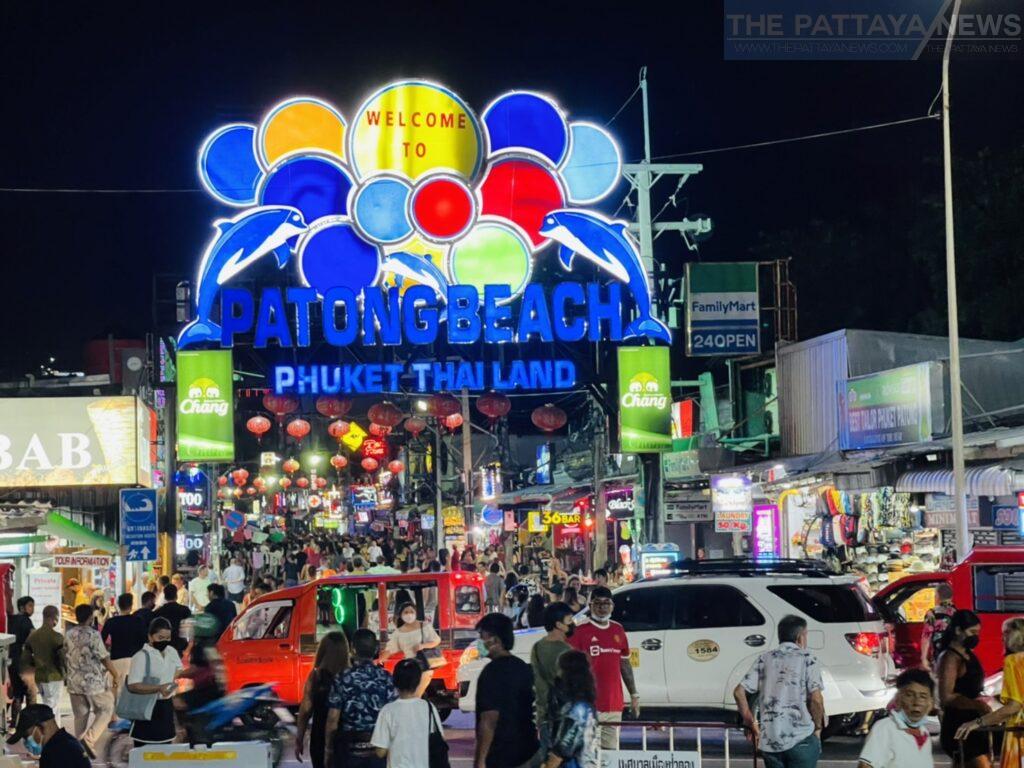 The video showed a moment when the lawyer walked inside the pool area of the hotel where a DJ was seen playing music and a crowd of people was gathering around the pool.

His status read: “I decided to come to see with my own eyes. It turned out that this entertainment venue was actually open until early morning and there were so many people. What should we do if a new cluster of Covid-19 occurred?”

“As far as I knew, this venue didn’t have a legal license as well. Why did the Phuket Provincial Police Commissioner neglect and allow it to open beyond the legal time limit? I’d like to ask the National Police Commissioner to investigate the reason for such neglect among the officials of the Phuket Provincial Police. Was there any bribery or corruption? ” 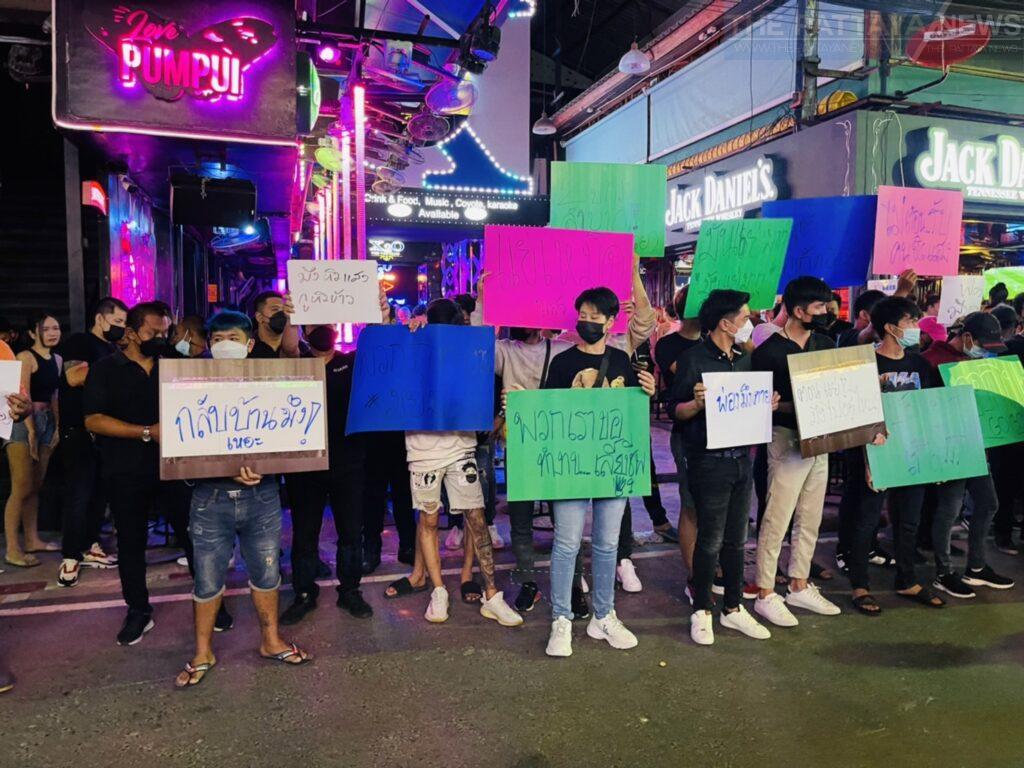 One of Patong Bay Hill Hotel’s partners revealed that after the clip went viral, their employees became unemployed and the operator may have to temporarily close down the business. They also said that the lawyer had no authority, causing many entertainment operators, especially in Soi Bangla, to gather to oppose his action.

“All the employees came out and gathered to express their core values peacefully. We did not agree with the lawyer who interfered with the way entrepreneurs work for a living. Phuket had been affected by the Covid-19 pandemic for more than 2 years. Was there anyone coming to see and look after us? Everyone was suffering. But when we were ready to start again,  then he (Sittra) came to show off his power, causing damage to the establishment. He has plenty of money and a job, we just want to work and restore tourism.”

Both operators and employees were seen holding signs and banners, saying how they were affected by the lawyer’s action. The gathering began at around 11:00 PM. and remained peaceful throughout the gathering.

Today, April 17th, 2022, as the national Bangkok police investigate the allegations, five top police in Phuket at the Patong police station, including the police chief, have been transferred to the head office to “temporarily inactive” positions as a result of the fallout of the incident. Pol Lt Gen Surachate Hakparn, a.k.a. Big Joke, is personally leading the investigation and allegations of corruption and will lead a fact-finding panel with the five top police officers.

Meanwhile, social media “netizens” have widely condemned the crackdown, with many calling for the legal opening of the nightlife and bar industry and for the legal extension of closing hours to pre-covid levels, which could last until early into the morning.

Mr. Sittra, meanwhile, declined to speak about the protest today, April 17th and stated that he was only working for local residents near the venues complaining about the noise and gatherings, noting these anonymous residents were also concerned about Covid-19, despite the island being 90% vaccinated and nearly all tourists being fully vaccinated and going through testing to enter the country.