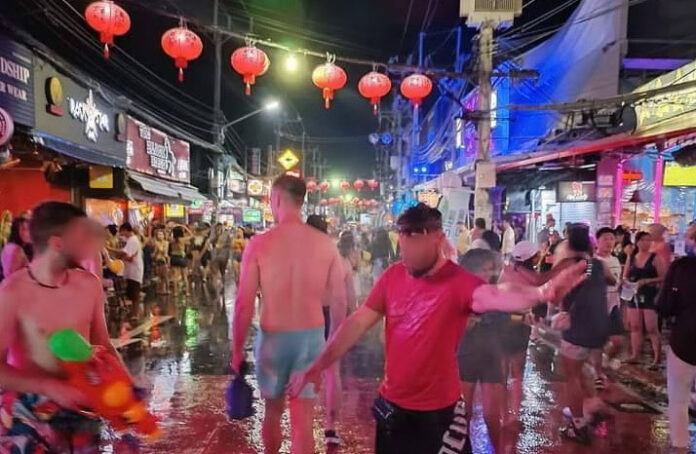 Many tourists, both domestic and foreign, and Thai bar workers engaged in water playing yesterday on Bangla Road in Patong, while Thai authorities pleaded for cooperation in enforcing a ban on water fights this year due to Covid concerns.

Yesterday, April 12th, Soi Bangla was seemingly crowded with foreign tourists, locals, and bar workers who were out on the street throughout the day and night shooting their water guns and splashing water at one another obviously without complying with the Covid-19 regulations of no water-playing and keeping a mask on at all times. The regulations were set by the Center for Covid-19 Situation Administration, or CCSA, in Bangkok for the third year in a row due to Covid-19 concerns and have been, to say the least, incredibly unpopular with the business and tourism sector. 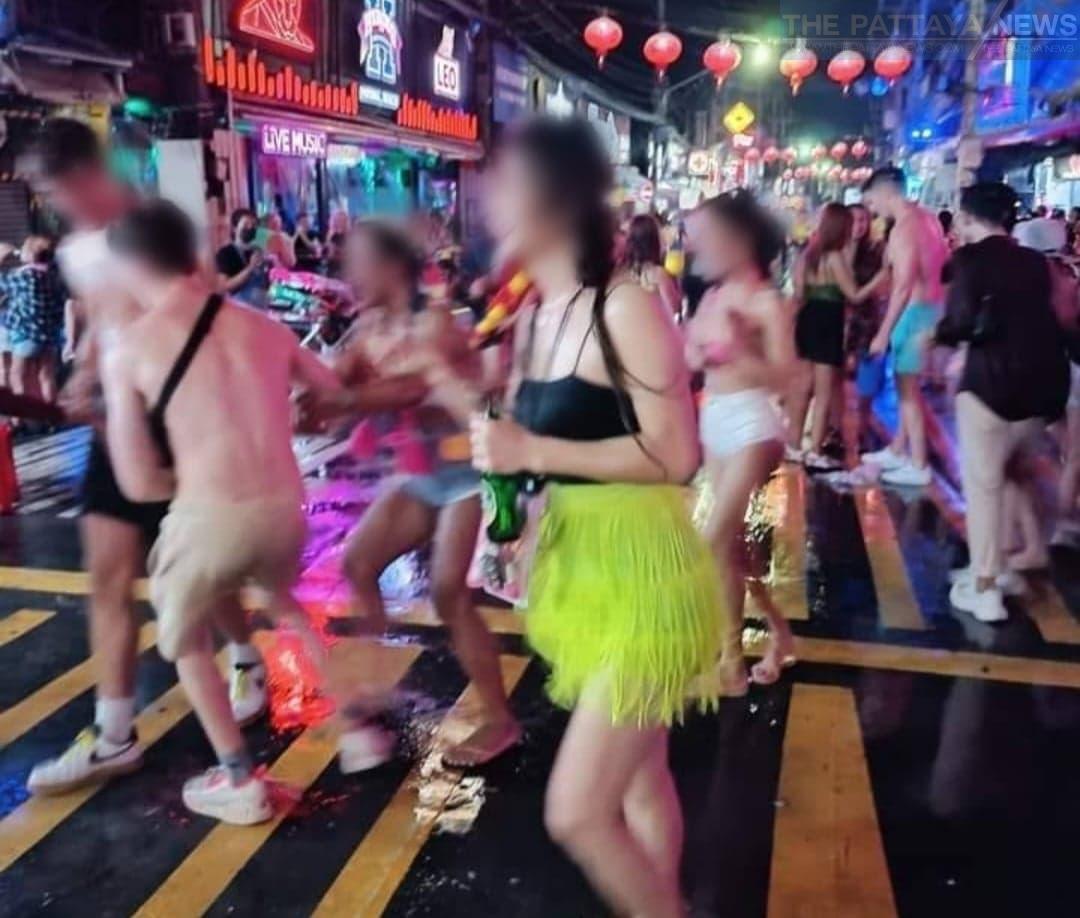 According to a former proclamation issued by Phuket Provincial Governor Mr. Narong Wun Siew, water splashing and powder playing are still officially prohibited due to the pandemic, and only some traditional practices such as making merit at temples is allowed. 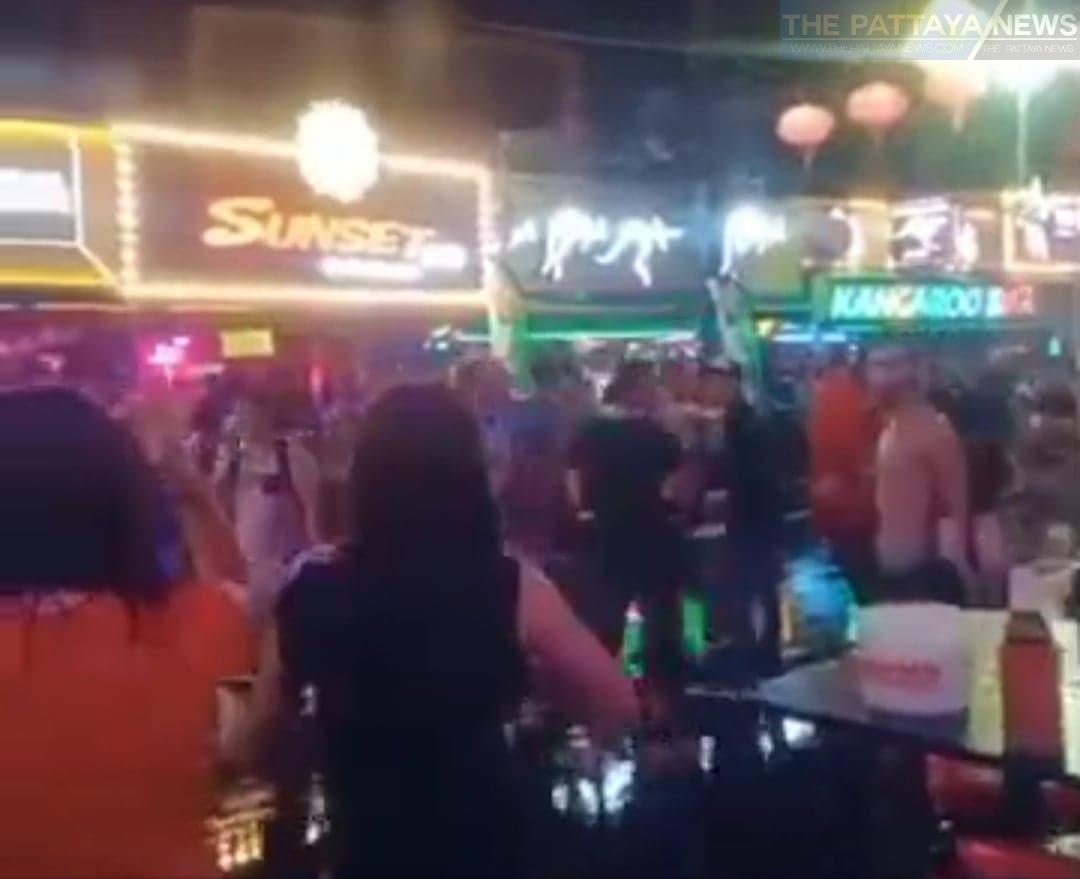 Additionally, the Deputy Governor of Phuket Mr. Pichet Panaphong pleaded with certain people who were preparing their trucks for a water fight to stop their activity as it violated the regulation and may lead to a new spread.

Widespread reports of water fights, despite the ban, came in from Phuket yesterday and it remains to be seen if the warnings will be obeyed or if possible legal action will be taken against those violating the ban.

Meanwhile, Thai Prime Minister Prayut Chan O’Cha has reportedly personally ordered the Phuket Governor to stop further water play and remind tourists and residents that only traditional activities, like visiting the temple and making merit, are allowed this year and to “be patient” for another year, after three years of bans already.