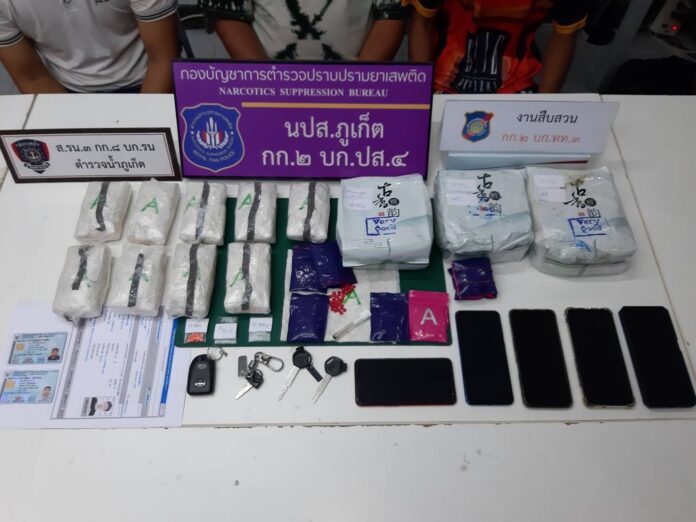 They were taken to the Chalong Police Station to face charges of illegal possession of Category 1 drugs with intent to sell. They all reportedly admitted to the charge.

All drugs seized were delivered to suspects via parcel. Police are continuing their investigation to find more members of the drug network and who sent the illegal items.