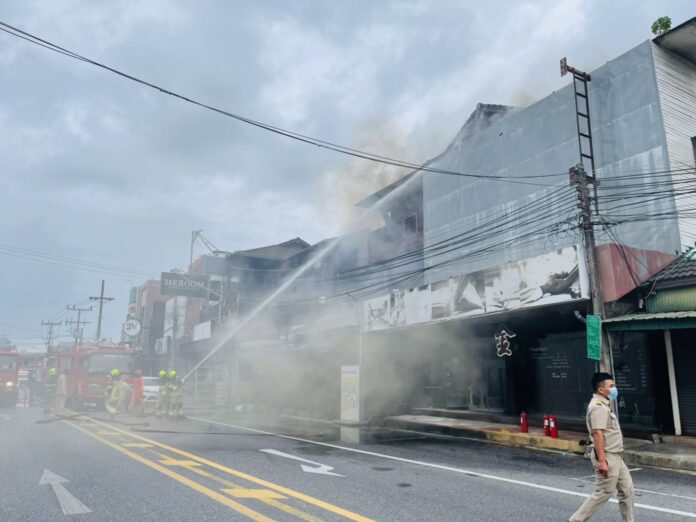 A fire destroyed an old bar in Phuket yesterday afternoon (April 4th) before spreading to nearby buildings and alarming local residents. Luckily, no injuries were reported.

Firefighters were notified of the fire at 4:00 P.M. at a bar on Tilok Uthit Road in Talat Yai, Phuket Town. 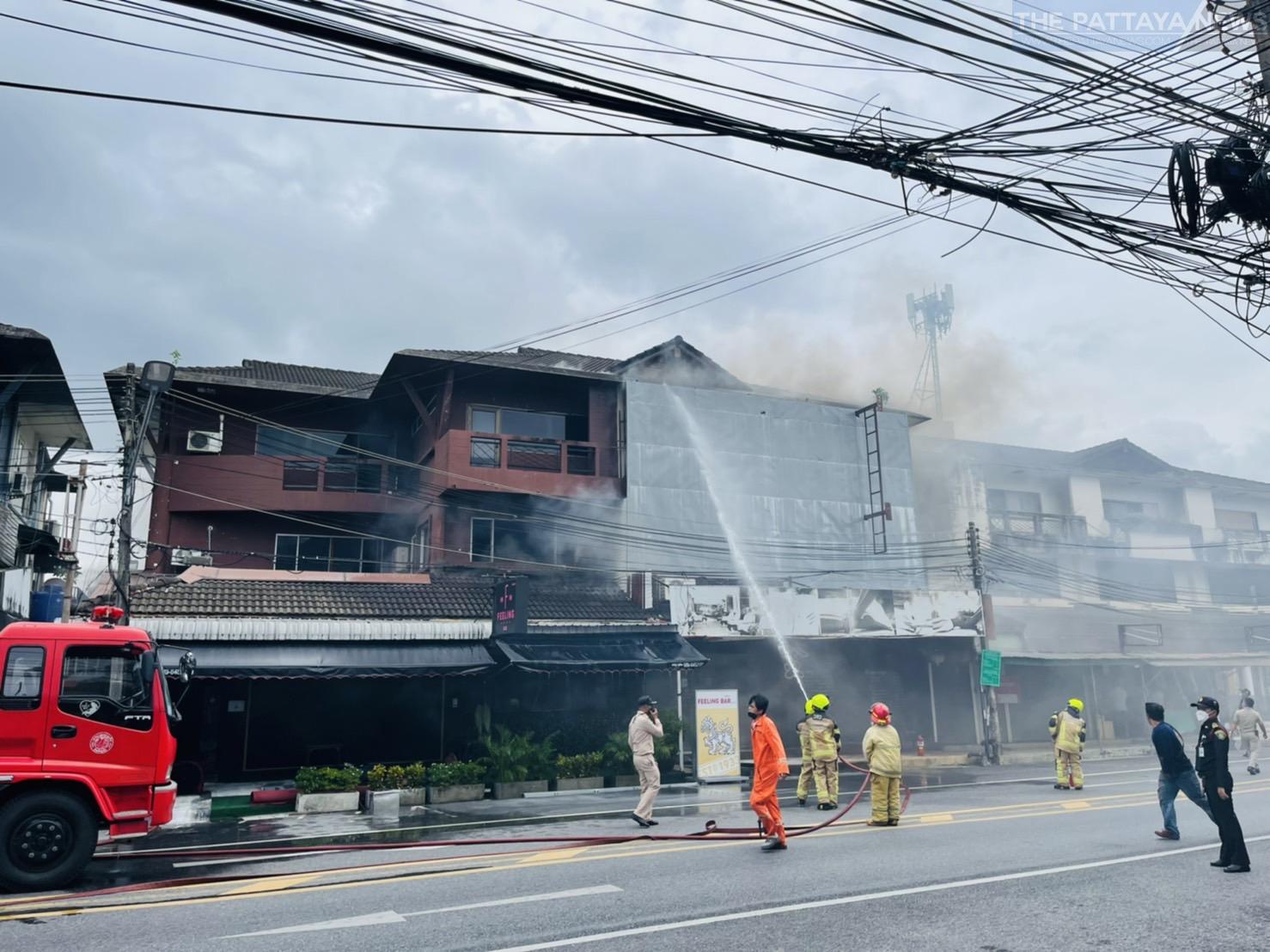 Firefighters with six fire engines and the Phuket Express reporters arrived at the scene to find a lot of smoke coming out from a three-story building.

The electricity was shut off and traffic was blocked. It took about half an hour for firefighters to control the fire. 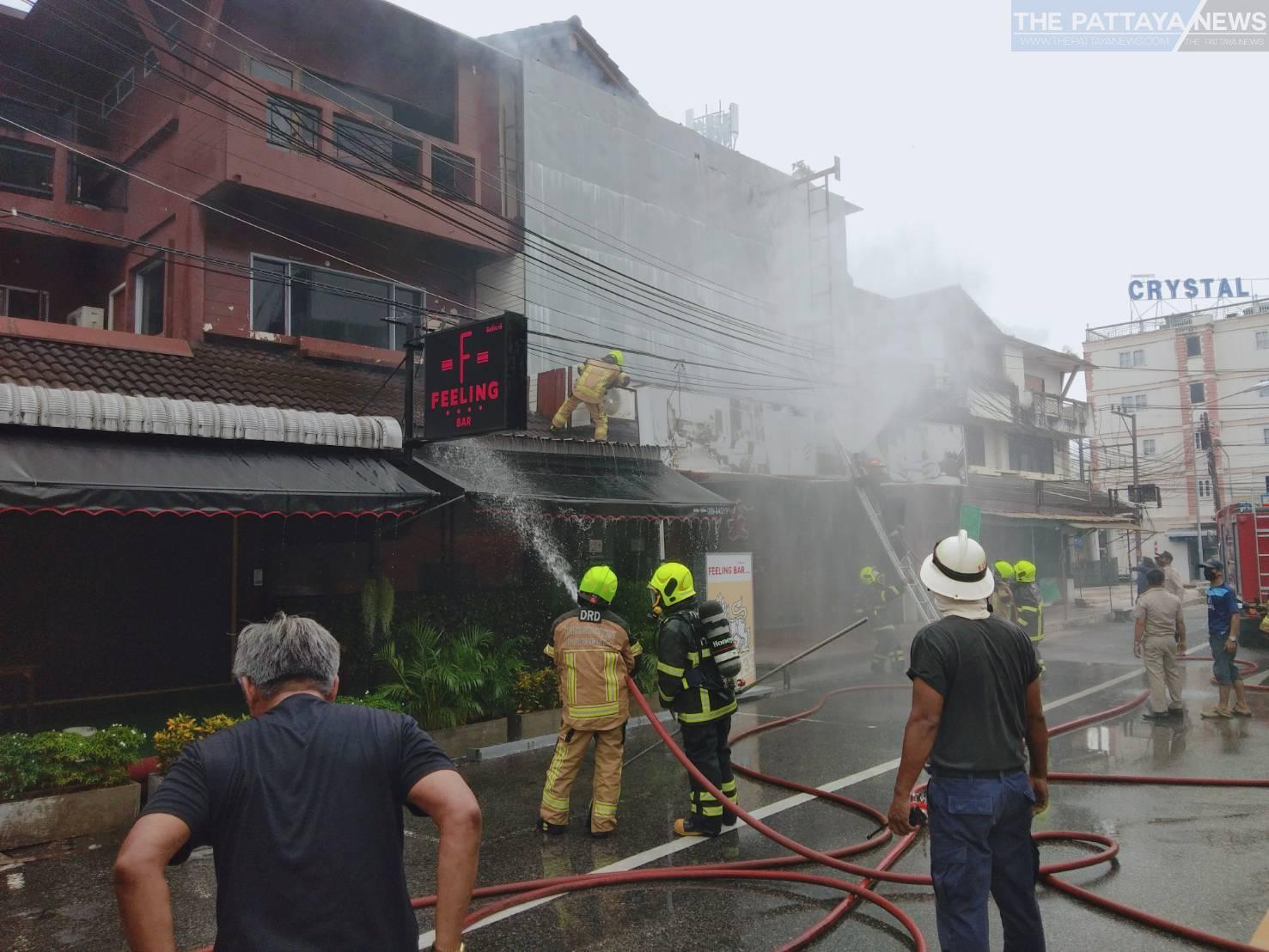 The bar inside was totally damaged. The fire had also spread to a nearby massage shop. No injuries were reported. 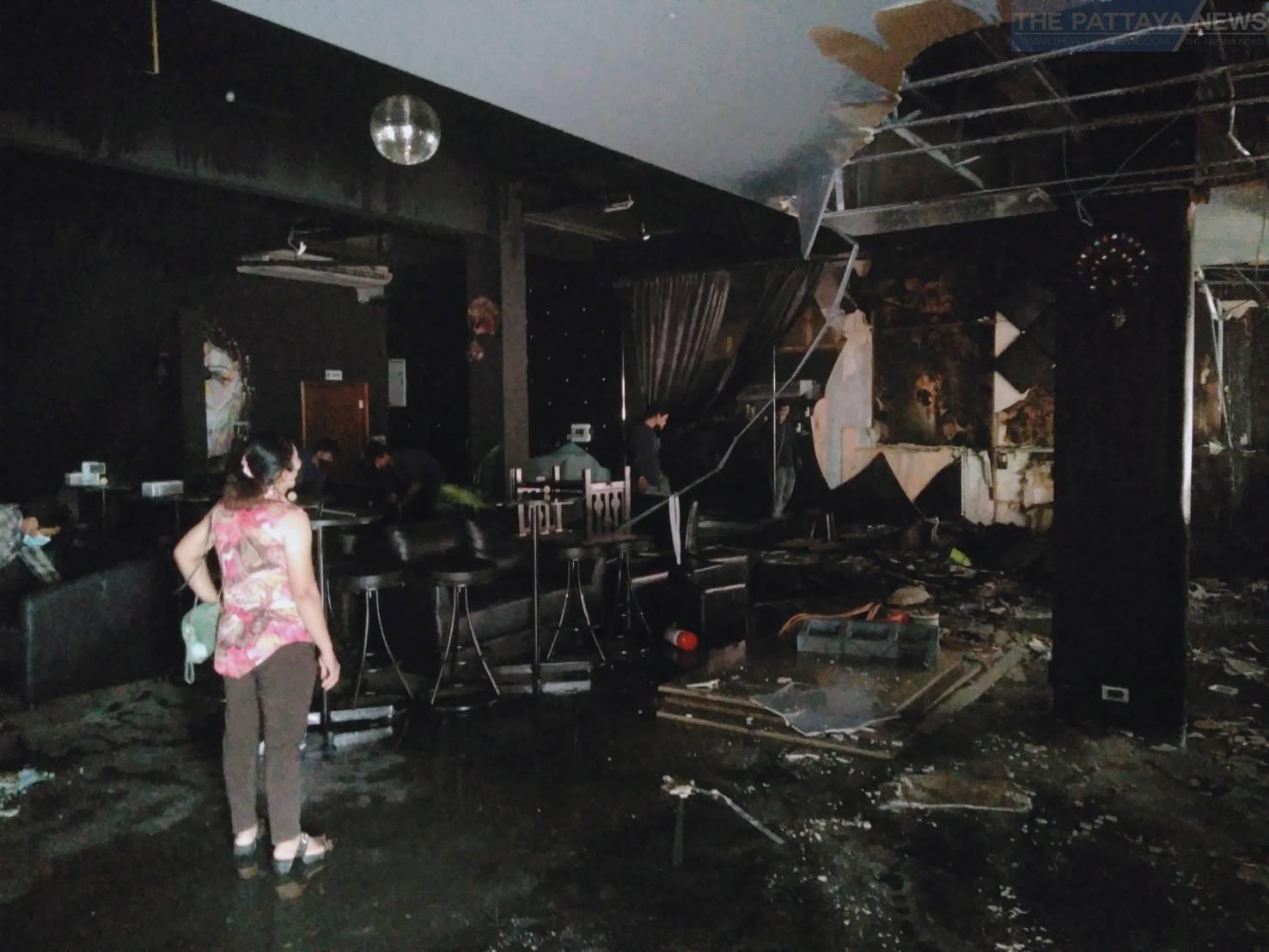 The owner, whose name was not released by Phuket Town law enforcement, told TPN media that they had bought the old bar and it was being renovated to turn into a restaurant. While workers were connecting iron, there were some sparks before they caught foam nearby and quickly spread. Workers tried to put out the fire with a fire extinguisher but failed before they called for help.

The Phuket forensic police are continuing their investigation to find the cause of the fire. 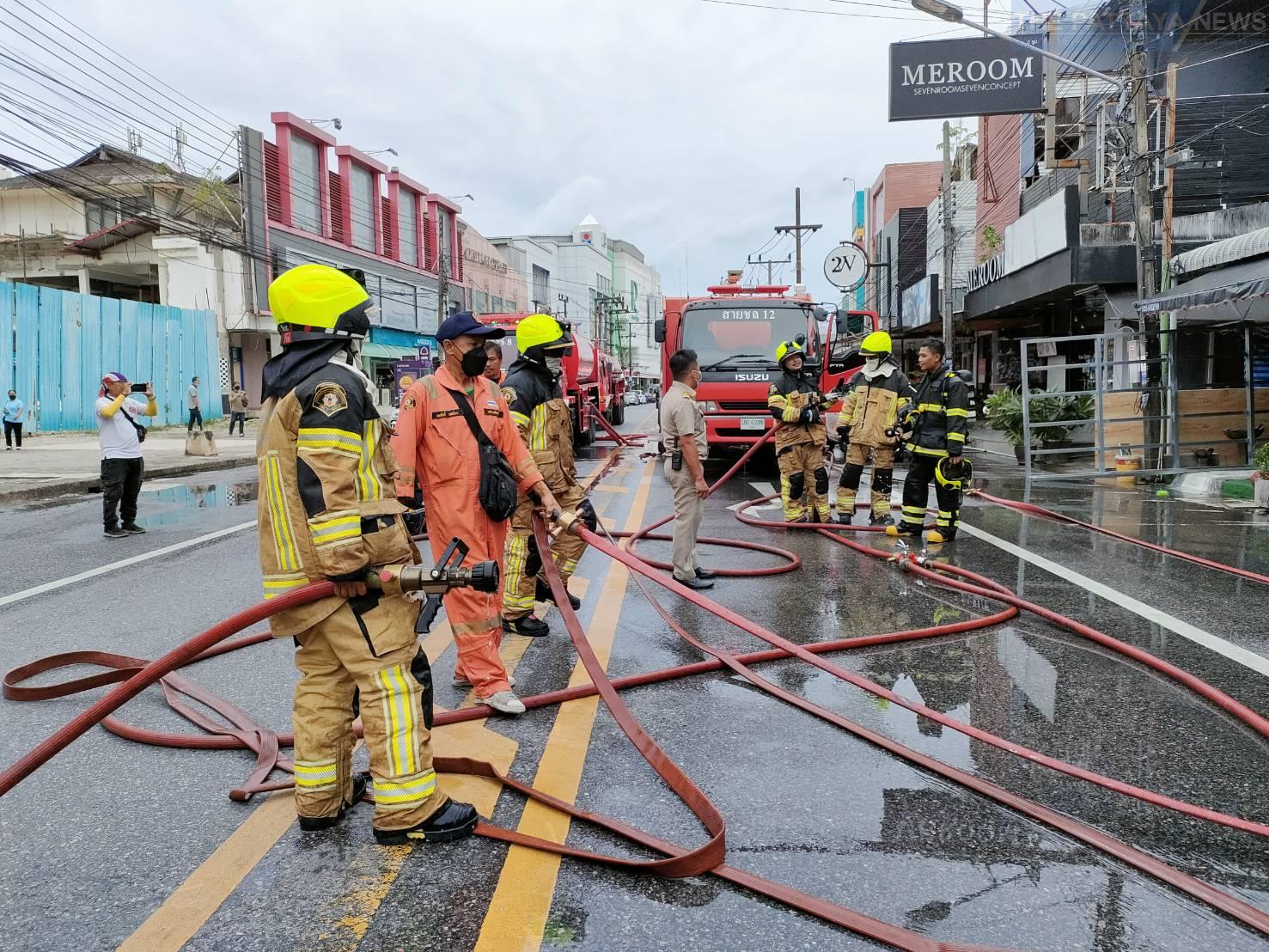