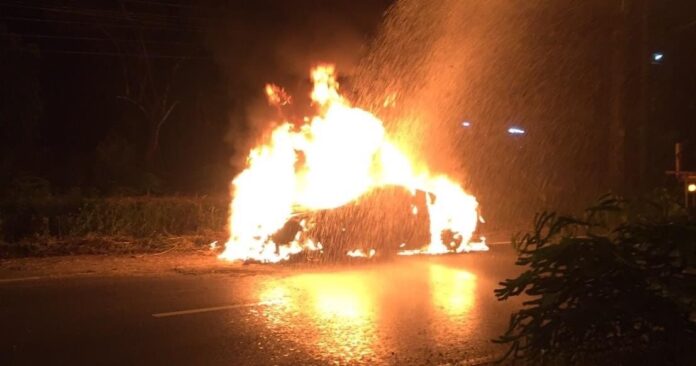 A luxury hotel’s owner (widely known as “Mr. Plawan”) survived another car accident which happened for the second time in two years, yesterday, after his car crashed and caught on fire.

On March 24th, officers from the Thai Mueang Police Station received a report of a luxurious car crashing into a street railing and catching on fire around 18.00 p.m. yesterday on Petchkasem Road, Thai Mueang District, Phang Nga. The car owner happened to be Mr. Worasit Issara, a famous social media influencer and luxurious hotel owner who publicly goes by the name “Mr. Plawan”. 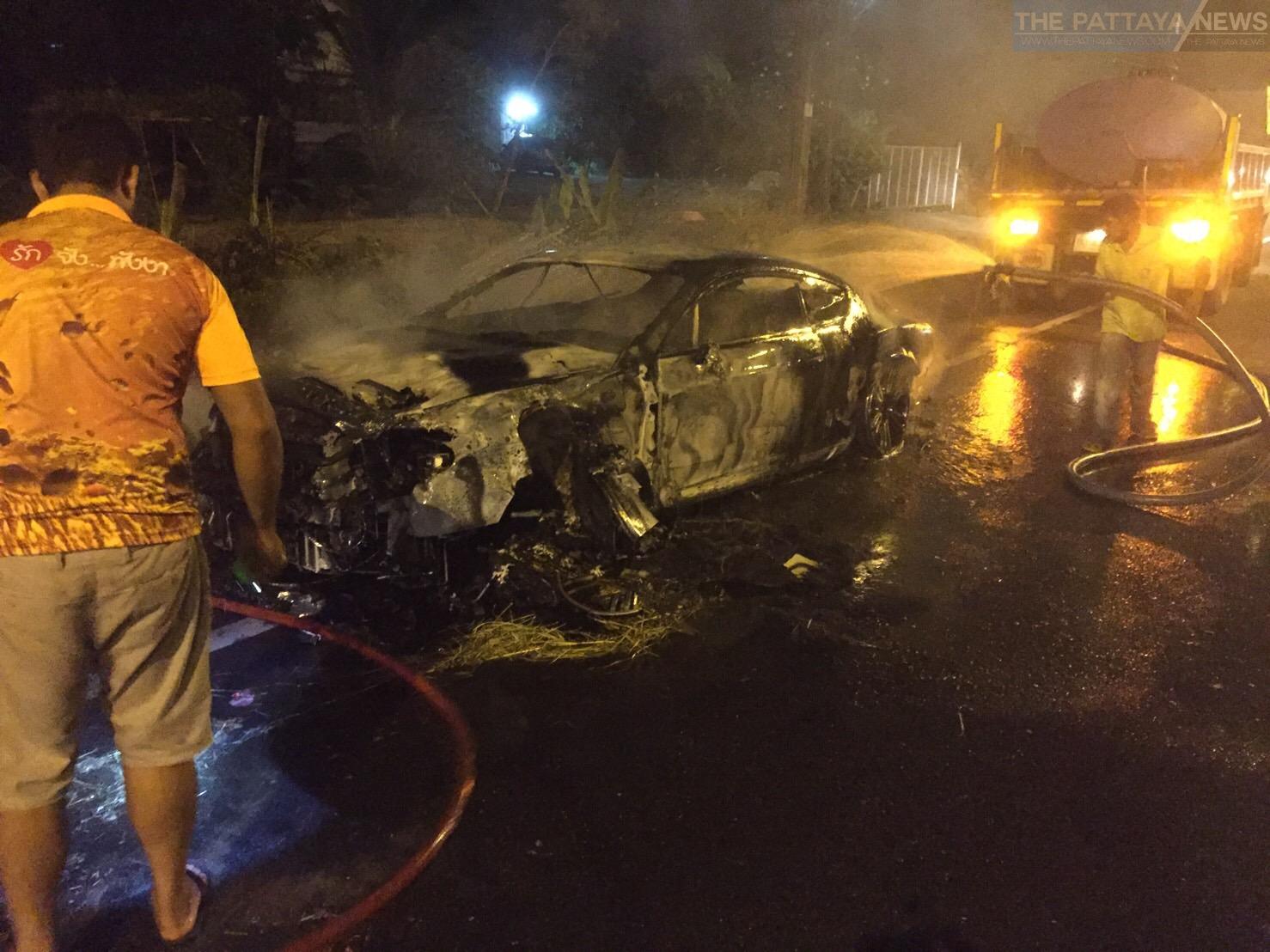 According to a witness, Mr. Plawan and his companion were standing outside the car and attempting to call a tow truck when they noticed smoke coming from the bottom of the car and a small fire breaking out. They then tried to extinguish the fire with a bucket of water but failed. In the end, the car was completely incinerated, but fortunately, nobody was injured.

The witness, whose name was not released, stated that Mr. Plawan and his companion did not seem intoxicated at that moment, and there were many car accidents happening at this same spot before, so those unfamiliar with the road may get into the same accident. According to officials familiar with the accident, Mr. Plawan and his companion were headed for the Takuapa district in Ban Na Tai.

The accident is reportedly still under investigation as of press time.