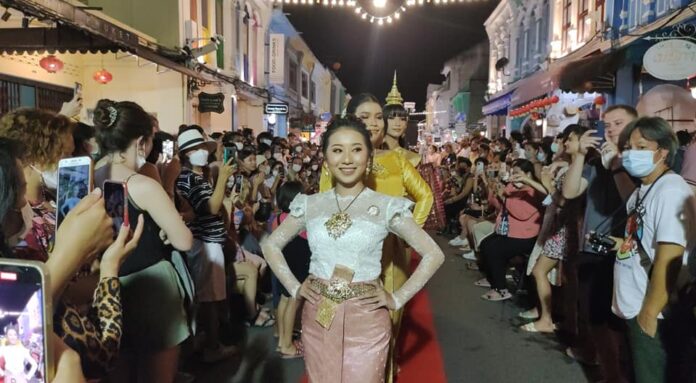 Fashion and textiles majors from the Phuket Vocational College hosted a fashion show on the Sunday Walking Street (also known as Lard Yai) with many audiences including foreign tourists attending. Four days ago, March 20th, the Phuket municipality allowed the students who are fashion and Textiles majors a Phuket Vocational College to host a fashion show on the Sunday Walking Street, Muang District, Phuket, under the instruction of Mr. Wittaya Ketuchu, the college director.

All the details of this event such as clothing design and modeling were entirely handled by the students. The event, at the end, had been successful and enjoyable to a large crowd of audiences including tourists who came to witness this event.