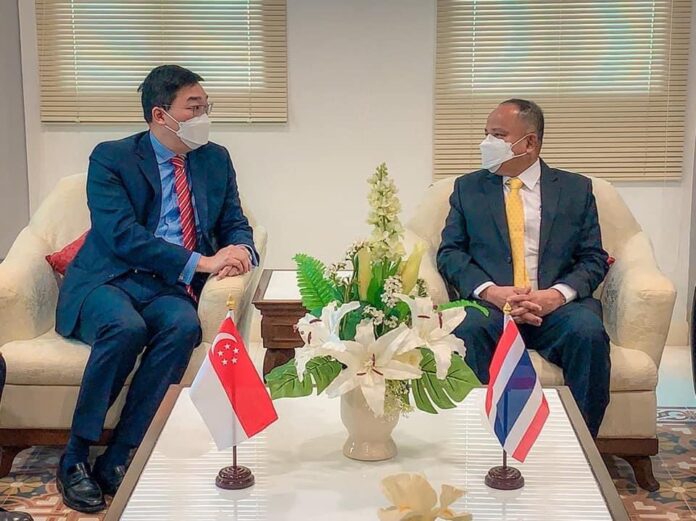 The Phuket Governor held a welcoming meeting with the ambassador of Singapore to discuss cruise tourism from Singapore to Phuket yesterday afternoon.

On March 23rd, Mr.Narong Wun-Siew, the Phuket Governor, hosted a welcoming meeting with Mr. Kevin Cheok, the Ambassador of the Republic of Singapore, to discuss the cruise tourism plan which will come from Singapore to Phuket.

According to the governor, he agreed with a plan to take in Singaporean tourists who will come to Phuket on this project as it will be a good opportunity to alleviate the Thai economy as well as promote a good relationship in terms of tourism between the two countries. Phuket is ready to accommodate those who wish to come, the governor affirmed. 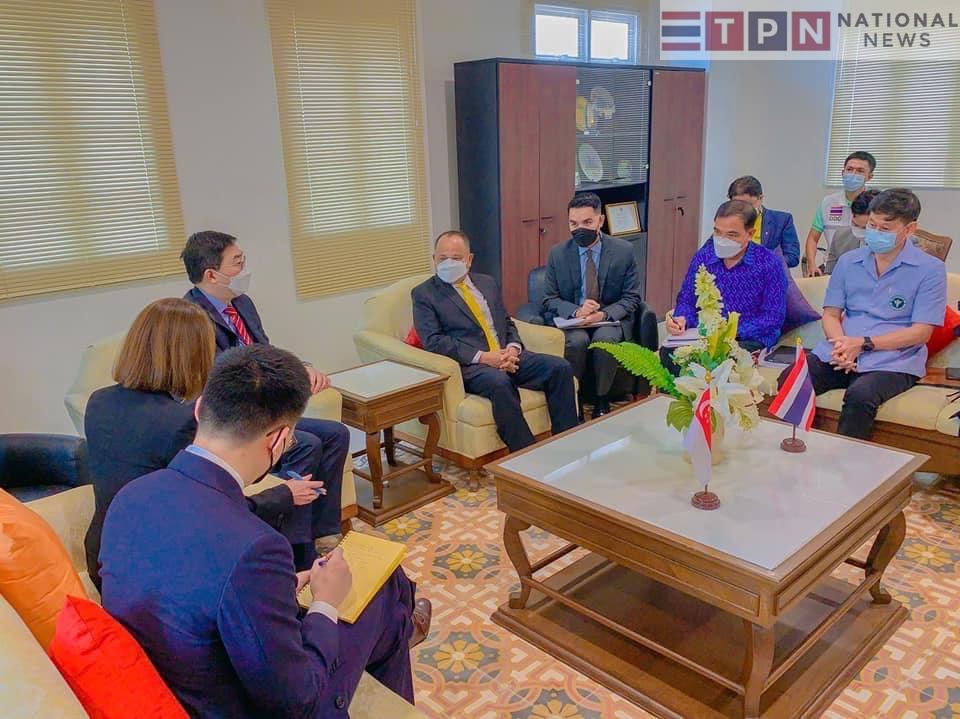 Mr. Kevin Cheok, the ambassador, added that Singapore will increase its flights to Phuket from two (the current number) to four flights per day, and he mentioned the decline of Covid-19 patients in Singapore, which is good news to both Singapore and Phuket. The ambassador also thanked Phuket residents for their hearty welcome to Singaporean tourists.

In addition, Mr. Kevin commented on Thailand switching Covid-19 from pandemic to endemic as a good decision because it will facilitate cruise tourism. Hopefully, Singaporean tourists will not have to go through an RT-PCR test and only a Antigen Rapid Test in Singapore prior to boarding, said Mr. Kevin.

Dr. Kusak Kukiattikul, the doctor of Phuket Provincial Public Health, said the Covid-19 situation in Phuket is likely to ease as the confirmed cases are declining, and almost 87 percent of the residents are already fully vaccinated.