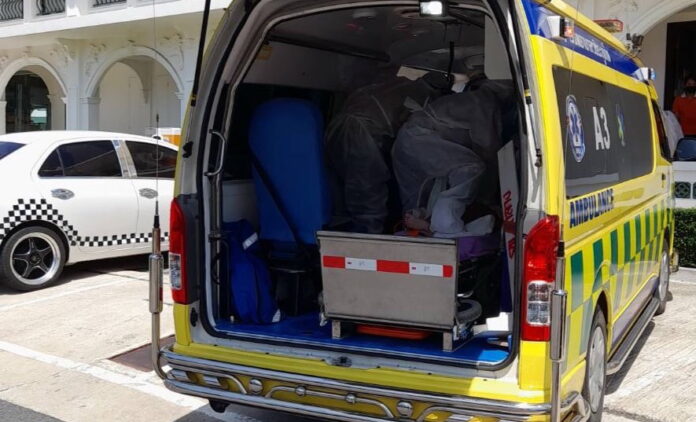 A three-year-old boy from Pathum Thani drowned at a hotel pool in the Mueang Phuket district over the past weekend (March 20th).

The Phuket City Police was notified from Vachira Phuket Hospital that the three-year-old had been pronounced dead at 1:00 P.M. on Sunday, March 20th.

Police arrived at the hospital to find the body of the boy, whose name was withheld due to his age. Police said there was no sign of physical distress, bruises, or signs of a struggle.

The boy’s parents told police they were from Pathum Thani on a vacation in Phuket. They stayed at a hotel in the Koh Kaew sub-district. Their names were also withheld by Phuket police, stressing the privacy of the family at this difficult time.

The parents were reportedly sleeping when the boy opened the hotel door’s room by himself and walked to the pool in the hotel. A Good Samaritan found the boy in the pool before pulling him up and attempting to provide CPR, but was unable to resuscitate the boy despite his best efforts.

Phuket police had not decided as of press time if any charges would take place as a result of the tragic incident.